A scream pierced the foggy night, then all was silent, save for the sound of scurrying footsteps. Murder had been committed. Dare you read on?

It was a particularly gruesome slaying when Thomas Becket, the Archbishop of Canterbury, was done to death in his own cathedral: no sanctuary there.

A frustrated Henry II had railed at his insubordinate servant and four knights had acted promptly, if peremptorily.

We all have moments of anger: we don't expect them to end with someone's death. One of the sword blows was so severe the crown of Becket's head came away, and his brains were scattered on the pavements of the cathedral.

It would be easy to start my odyssey in Canterbury, but instead I've chosen Saltwood, about 16 miles south, above Hythe.

Sometimes it's not where the crime was committed, but where it was plotted that has greater resonance. Henry and Becket quarrelled over Saltwood and the king's nominee, Randolph de Broc, was a sworn enemy of the archbishop, and therefore sheltered the knights, who made landfall from Normandy on 28 December 1170. The following day Becket was dead. 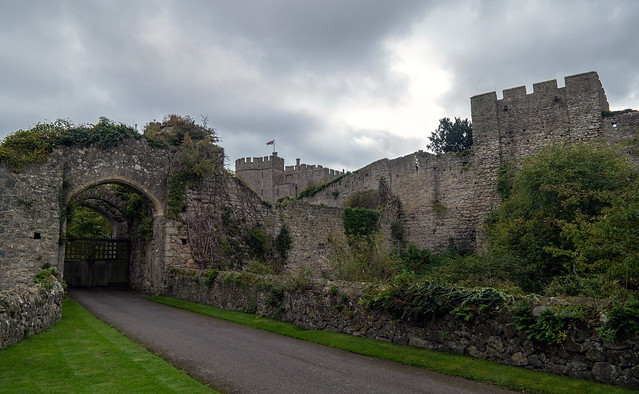 One of the more infamous smuggling, robbing and extortion operations of the early 18th century, the Hawkhurst Gang (named after the Kentish village where it was based), extended its patch along the coast to Dorset.

Any bunch of self-respecting smugglers needs a pub for plotting and this lot had the Oak and Ivy Inn, in Hawkhurst. Their HQ was so close to the Sussex border that its nefarious activities spilled into the neighbouring county.

A riding officer (revenue man) was shot dead in 1740, while anyone suspected of being too interested in the gang's activities was likely to 'disappear.'

Jeremiah Curtis was recruited from Sussex as a 'heavy' and was implicated in the death of Richard Hawkins, who was suspected of nicking some of the gang's tea (he was whipped, beaten to death, then dumped in a lake).

Justice finally caught up with the gang. Two of the ringleaders, Arthur Gray, who'd been an apprentice butcher at Malden (Maidstone) and husbandman Thomas Kingsmill (of Goudhurst) were executed, and some 75 gang members were hanged or transported altogether. 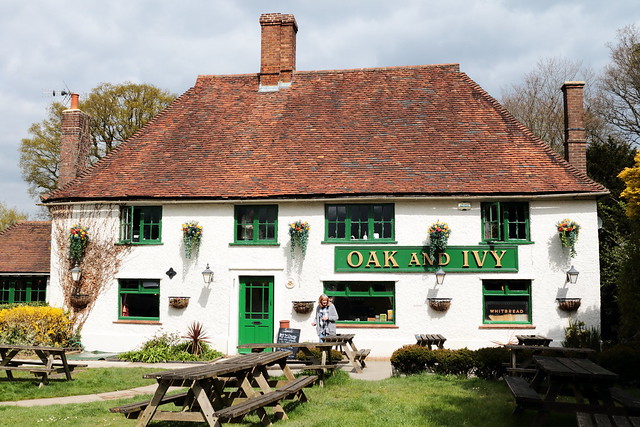 Two contrasting stories that occurred in Kent, within 15 miles of one another, would both have made national headlines, but for very different reasons. When John 'Any Bird' Bell was executed in Maidstone in 1831, he was most probably the last juvenile sentenced to death in this country.

Aged just 14, he was guilty of cold-bloodedly murdering a 12-year-old during a bungled robbery. By the 1830s, however, the severity of the sentence for someone so young was considered exceptional.

In 1862, Charles Dickens should have been returning from Highham station in his carriage, when it was targeted by agricultural labourer James Stedman, who'd placed 'a horse-roller, and also a hand-roller' across the road, in an attempt to overturn it.

Stedman was assisted by fellow workman James Munn, the two men retiring to the Falstaff pub in Highham, presumably content with their handiwork.

The scheme failed and Dickens wasn't in the carriage (he'd missed the train). Stedman blamed 'drunkenness' and was sentenced to two months' hard labour. 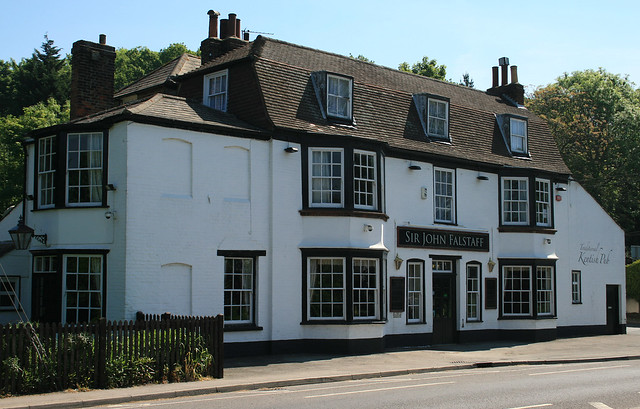 The 'Jack the Ripper' murders were committed in East London's Whitechapel in the winter of 1888, so why include them in a Kentish true crime odyssey?

The attacks may not have been committed in Kent, but there are some curious connections. Firstly, investigating officer, Edmund Reid (1846-1917), was born in Canterbury and lived out his retirement in Herne Bay.

Reid was one of the most influential policemen on the case, as he was Head of CID's H Division (Whitechapel) when the reign of terror began. He believed the Ripper was a drunk who committed his crimes after 'chucking out time' and probably had no recollection afterwards.

Then there was the 'Jack the Ripper postcard', which made £22,000 at a Folkestone auction house in 2018. Signed 'I am Jack the Ripper', the card was received by the police on 29 October 1888 and remained in their Ripper files until the case was closed with the murderer unidentified.

Whether the card was really written and posted by the hand of the Ripper we will never know.

Edmund Reid was still enjoying his well-earned retirement when Herne Bay became front-page news. On 13 July 1912, Bessie Williams was discovered dead, in her bath, at 80 High Street (159 with later renumbering).

A verdict of misadventure (accidental drowning) was returned and husband Henry Williams (really George Smith) was released after questioning.

Smith (1872-1915) benefited from an inheritance, moved north, remarried, then was widowed again when Alice Burnham also drowned in her bath, in Blackpool (December 1913). Replete with aliases, he picked up the proceeds of a life assurance policy and moved on to his next wife, Margaret Lofty, who suffered the same fate in December 1914, with Smith again looking to benefit from life assurance.

A member of the public, however, who'd known Alice Burnham, spotted similarities in the last two cases, and tipped off the police.

Ultimately, the bodies of all three victims were exhumed and Smith was charged with three murders and tried at the Old Bailey. He was executed at Maidstone Gaol on 13 August 1915. The case became known as 'The Brides in the Bath Murders'. 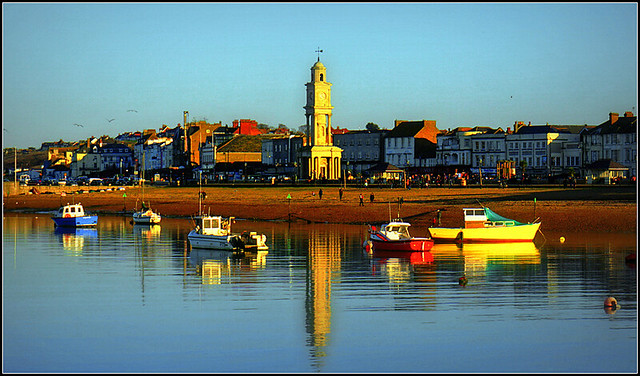 The Kray Twins earned a certain notoriety for gangland crime, but it was National Service that set them on their way.

The Krays absconded from the Armed Forces in the early 1950s and were incarcerated in the Tower (which sounds very Henry VIII, but I jest not).

The problem was the Army wanted the Krays, but the Krays didn't want the Army, and they became increasingly rebellious, serving three months in the cells at Howe Barracks, Canterbury in 1952 while awaiting court martial (permanent barracks had first been established in Canterbury in 1793).

The whole court-martial process was farcical as the Krays' endless misdemeanours warranted a lengthy period inside, but the Army just wanted shot of them. They served six months in HMP Shepton Mallet in Somerset, where they were surrounded by villains who taught them loads. The rest as they say is mere history.

Jack the Ripper may have been the UK's most infamous serial killer, but Kent's worst was Patrick Mackay (1952-), who was born in Dartford and attended the town's York Road school.

He became known as 'The Devil's Disciple' and 'The Psychopath', as he later claimed to have murdered 11 people across London and Kent. Abused by an alcoholic father, who died when he was 10, diagnosed as psychopathic aged 15, and cruel enough to have ignited a pet tortoise, Mackay also grew up fascinated with Nazism.

The two men knew one another, as Crean had befriended Mackay, then had his trust betrayed when the younger man burgled his house. When Crean was murdered, Mackay was quickly brought in for questioning, both for this killing, and others involving either stabbing or strangling. Mackay was sentenced to life imprisonment in November 1975. 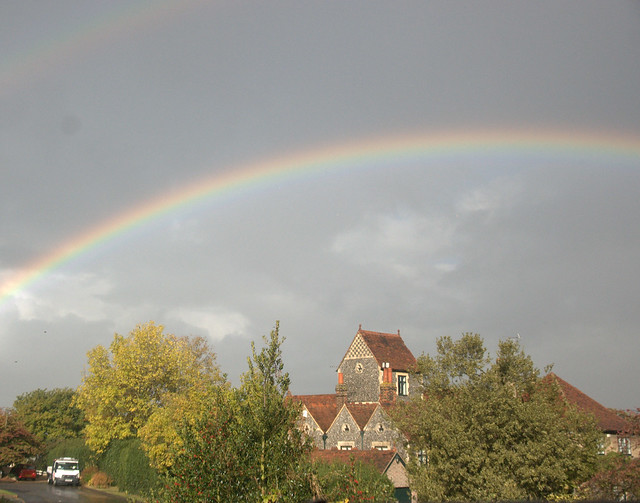 Two young women, Wendy Knell and Caroline Pierce, were murdered, five months apart, in Tunbridge Wells in 1987, in a case that became known as 'The Tunbridge Wells Bedsit Murders'.

It is believed a serial killer was responsible, as the two murders bore similarities, however, no-one was ever brought to justice. Wendy was murdered in her bedsit in Guildford Road, on 22 June, detectives concluding that the assailant had most likely let himself in through a rear window and lain in wait.

Caroline was attacked outside her bedsit, about a mile away, in Grosvenor Park Road, on 24 November, although her body was actually found 40 miles away on Romney Marsh three weeks later. Again, it appears the killer had been waiting for his victim.

Curiously, both women worked in shops in Camden Road and may have used the same café for lunch. Although this is now a 'cold case, the investigation remains open. If anyone has information, they can call Kent Police (01634 884043) or the confidential 'Crimestoppers' line (0800 555 111). 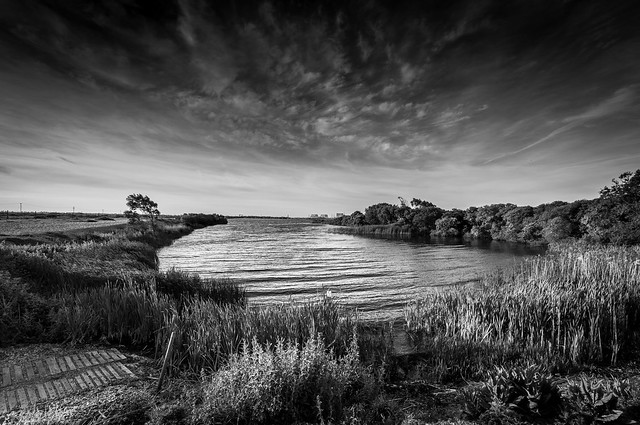 An act of terror hit Kent on the morning of 22 September 1989, when the Provisional IRA targeted the Royal Marine Depot at Deal, setting off a timed explosion that ripped apart the RM School of Music building, killing 11 marines and wounding 21 others.

The Marines' School of Music had been established at Portsmouth in 1930 but had moved to Deal in 1950. The 15lb bomb caused a blast heard several kilometres distant.

Ten of the marines died at the scene, with one other, 21-year-old Christopher Nolan, losing his gallant fight for life on 18 October.

The bandstand at Walmer is dedicated to the 11 marines who died, with a plaque for each of the men.

The extreme anger at the callous nature of the attack, which singled out musicians, has not diminished 30 years on. 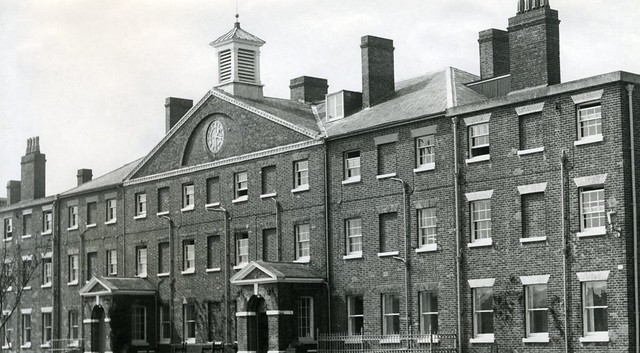 Scottish-born handyman Peter Tobin (1946-) is another notorious serial killer, with up to 40 aliases, who is serving three life sentences in HMP Edinburgh for murders committed between 1991 and 2006.

Tobin was already serving life for a murder in Glasgow (2006), when police confirmed that remains found in the rear garden of a house in Irvine Drive, Margate (14 November 2007) were those of 15-year-old Vicky Hamilton, who'd disappeared, in Scotland, in February 1991.

Tobin is believed to have left Scotland a few weeks after Vicky's disappearance and headed for Margate and Irvine Drive. He was convicted of this murder in December 2008.

Two days after the discovery of Vicky Hamilton's remains, a second body was found at Irvine Drive, which turned out to be that of Dinah McNicol, an 18-year-old girl from Essex, who'd also disappeared in 1991 (August), while hitchhiking home from a music festival in Hampshire.

Tobin was also found guilty of this, third murder, in December 2009. 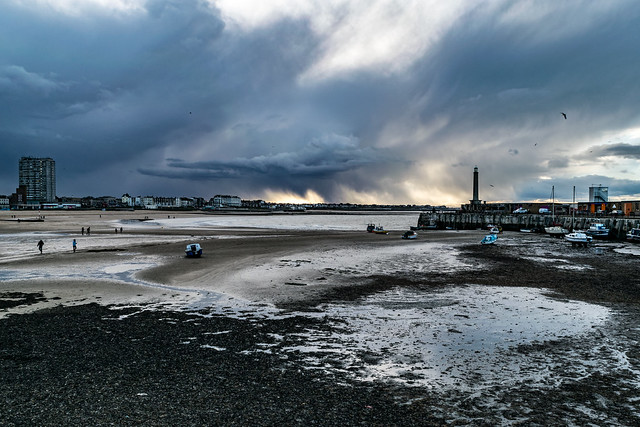 In a year when we got an inkling of what living through a war means, we remember the 75th anniversary of the end of WWII | Words: Stephen Roberts - Photos: Manu Palomeque & courtesy of the Imperial War Museum

Following the Unknown Warrior’s journey via Dover to Westminster Abbey