The motorist, indicating that he was pulling in, slowed and stopped just a few paces beyond the girl he’d seen some distance away making the trademark hitch-hiker’s gesture.

Without saying a word, she slipped into the back seat and settled herself. Setting off again, the driver glanced into his rear view mirror to see if he could establish eye contact with his new passenger; there was no sign of her at all.

I wrote about Kent’s Most Haunted in November 2018. Two years on it’s time to look at some more of the county’s creepiest ghost stories.

Make sure you’re reading this on a suitably dark night, but please ensure all your doors and windows are securely locked (although that might not deter an apparition). 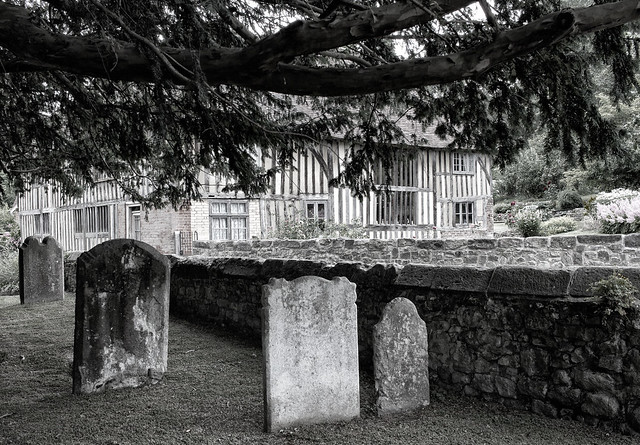 A modest, D-shaped artillery fort built at Allhallows-on-Sea on the Isle of Grain in 1867, Slough Fort was intended to guard the Thames at the time of a French invasion scare.

The fort was used as a command post during the First World War but had been sold off by the end of the 1920s. Since the 1960s it’s been used as stables adjacent to a holiday camp.

An investigation was mounted in 2013 after bright glowing lights were captured on CCTV.

Unusual white objects are reported to have ‘popped up, floated around and darted across the sky.’ Was it a coincidence that the 19th-century tunnels at the fort had been cleared the year before having lain filled up for more than 50 years?

It has been claimed the lights may be nothing more sinister than late-season bugs flying close to the camera lens. Or is the reason actually far more other-worldly? 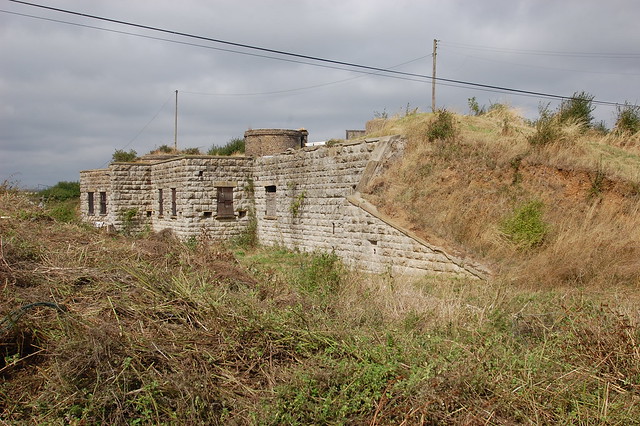 9) Canterbury: A Night at the Theatre

We tend to associate ghosts with aged, creaking edifices, but it doesn’t have to be that way.

The Marlowe Theatre in Canterbury is relatively new, having only been built from 2009, opening in 2011 and yet it is already allegedly haunted. Of course, any visitations could be to do with the site’s previous usage.

There was a cinema here in the 1930s, which then became the Marlowe Theatre in 1984 and was, in turn, superseded by today’s building.

Perhaps the ghostly figure, garbed in white – seen flitting mysteriously along the right-hand side of the stage during a live performance in 2018 – thought they were back at the earlier cinema/theatre.

The theatre is named after dramatist Christopher Marlowe, who was born in Canterbury. And murdered in Deptford, aged 29. 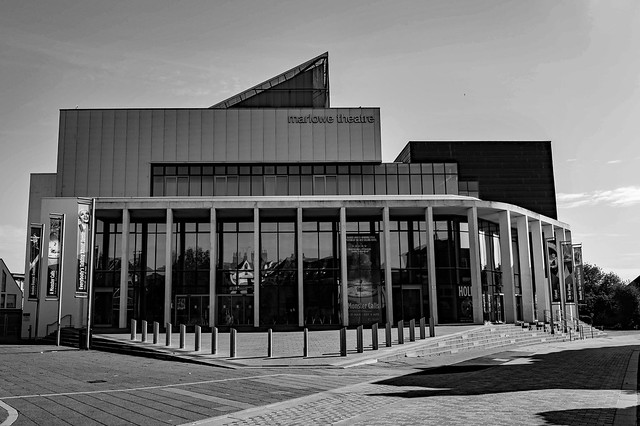 A village on the Isle of Sheppey, Eastchurch has an interesting claim to fame. Here in May 1909 the first flight of a heavier-than-air machine occurred in Britain, courtesy of Lord Brabazon, who held the UK’s first flying licence. There’s a memorial to Eastchurch airfield, ‘the home of British aviation’.

Unrelated, we believe, to this memorable occasion but in the same setting, remind yourself that back in March 1667 a law was introduced that corpses had to be buried in a wool wrapping.

Fast forward to a dark October night in the late 1980s. A car was driving through the village of Eastchurch when its occupants, a couple, spotted a woman in the road dressed in wool.

They thoughtfully stopped to check if the lady was alright, but by the time they’d done so the mysterious figure had disappeared. 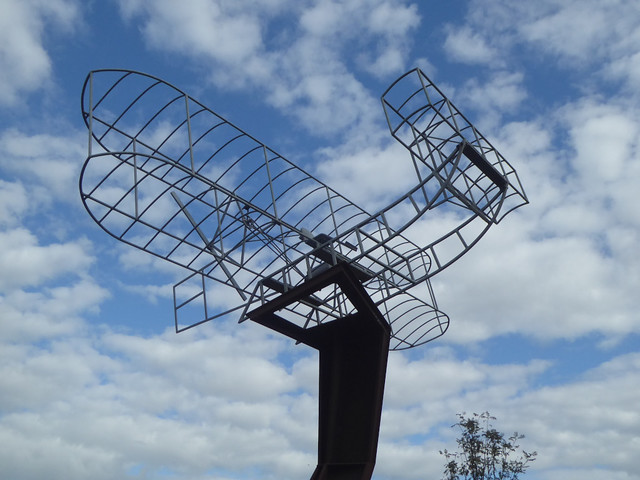 Built on the site of an old tin works, the library in Dartford’s Market Street, a ‘Carnegie Library’, opened in 1916, the year of the Battle of the Somme.

Among its first users were soldiers in nearby military hospitals who were recovering from battlefield wounds. That military connection continued in the Second World War when the cupola atop the roof was used for an air-raid watch-post.

Staff and visitors have both reported being touched by persons unseen, being watched, hearing steps and knocks, and sensing wafting perfume, plus witnessing books emptying themselves from shelves.

The belief is that the daughter of the very first librarian, Kathleen Woods (d.1960s), will not let go of the place. 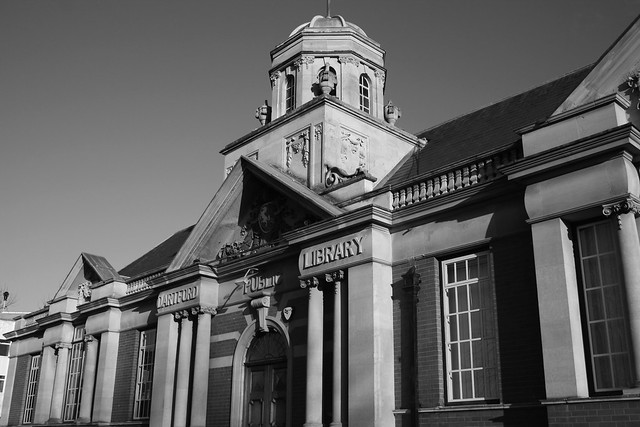 Built back in the 1760s for Henry Fox, 1st Baron Holland, Kingsgate Castle on the cliffs near Broadstairs was later the home of John Lubbock, 1st Baron Avebury, who gave us bank holidays (so we have much to be grateful for).

A photo, taken at the castle in 2010, appeared to show ‘the upper body of a white figure’ drifting through foliage just outside.

The photographer believed the figure was that of a nurse, wearing a 1950’s uniform and bearing a tray in front of her. The following year there was a sighting of a ‘nun’, again dressed in white, so quite possibly the same spook.

This time she appeared on the beach just after dawn, but soon vanished. The castle has now been converted into apartments. 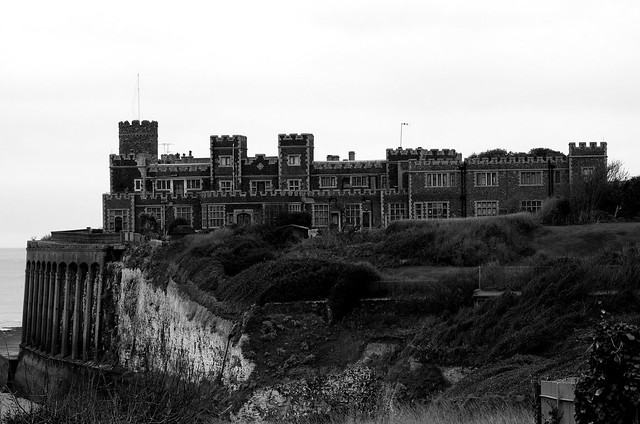 5) Tunbridge Wells: Ladies of the Pantiles

I guess all reported hauntings will be disputed. The Pantiles, one of the UK’s most famous shopping thoroughfares, hosts multiple ghosts, according to spectral sources.

La-Casa Vecchia (Nos. 70-72), a Mediterranean restaurant, is reputedly visited by a grey lady, who has lent her name to the venue’s music lounge, The Grey Lady. There are a few of those up and down the country.

This one is said to have been a brothel ‘madam’, back in the 1700s, who is looking out of the window, searching for one of her girls who’s gone missing.

Nearby, The Tunbridge Wells Hotel (No. 58) is also alleged to have a ghostly lady, a younger one, who apparently took her own life by jumping, having been banned from seeing her beau.

She occupies Room 16, by all accounts, where furniture moves and sheets get thrown. 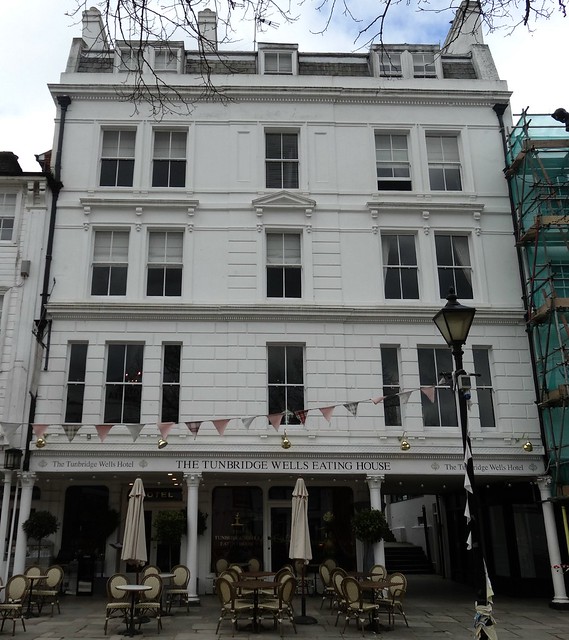 Built more than a century ago, Folkestone’s Grand Hotel has attracted the rich and famous, including King Edward VII and Queen Alexandra, Princess Margaret and Agatha Christie.

It has also reputedly gathered in its share of ghosts. The dining room is allegedly haunted, but more disturbing was the TripAdvisor review where a guest claimed ‘someone’ had been in the other bed in his twin room.

The next morning he looked across at the accompanying bed, which was unoccupied and showed no evidence of having been slept in, but he was adamant about his story, adding darkly: “I know what I saw.” 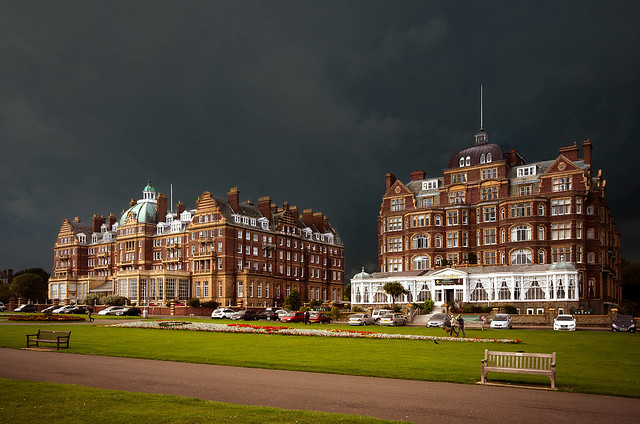 Fort Amherst is of an earlier vintage than Slough, dating to 1756 and designed to protect the approaches to Chatham Dockyard and the Medway. It was the French we were concerned about again, however.

A network of underground tunnels, stores and shelters was excavated in the early 19th century and it is down here where visitors have reported hearing whispers and screams, among other strange noises, as well as the attendant ‘presence of spirits’.

The cries of children and the wailing of women have also been heard, perhaps mourning the loss of a beloved military figure.

The fort was used in the Second World War as an air-raid warning command post. There are tours if you feel sufficiently brave. 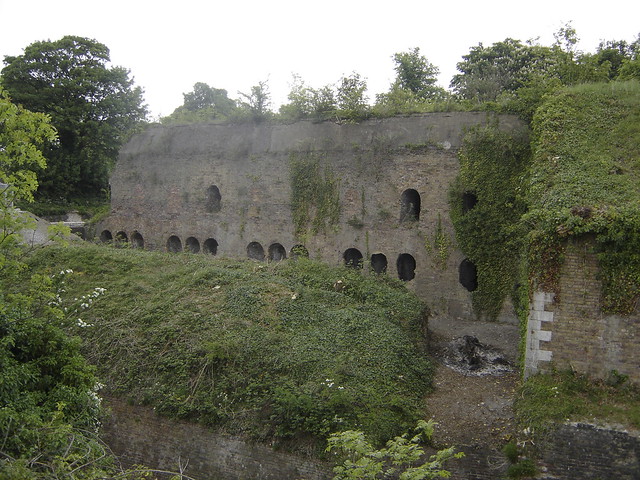 2) Rochester: A Place for the Sick

St Bartholomew’s in Rochester was the UK’s oldest surviving hospital until it closed its doors in 2016.

It was founded in today’s Rochester High Street in 1078, during the reign of William the Conqueror, for the care of the poor and lepers, remaining a charity run hospital until the NHS came along.

The hospital moved to today’s buildings in New Road in 1863 and it’s here that a woman has been seen walking through a wall in one of the side rooms.

Even more sinister, however, is the story of the scruffy looking little boy, aged no more than eight, who always seemed to be looking for his parents and whose sudden appearance usually presaged a death on one of the wards. 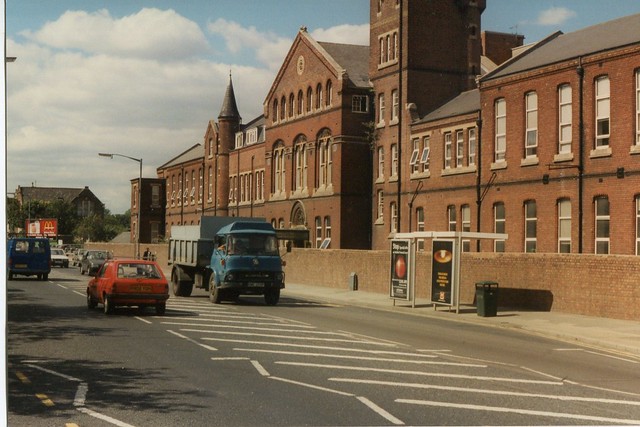 Of all Kent’s ghost stories, perhaps the most notorious and disturbing is the Blue Bell Hill story that afflicts the A229.

There was a tragic accident on this road in November 1965 when three young ladies died, one at the scene and the others in Maidstone Hospital.

Ghostly sightings apparently date back earlier, to the 1930s, but there seems to have been a proliferation since that winter’s night, with unexplained ‘visions’ reported through the 1960s and 1970s.

These include a hitchhiker ‘vanishing’ in the back of someone’s car and another hitcher given a lift only to ‘disappear’ after alighting in Chatham. The favoured spot appears to be outside the Lower Bell pub.

There are also tales of a girl who steps in front of drivers and is hit, but then disappears. 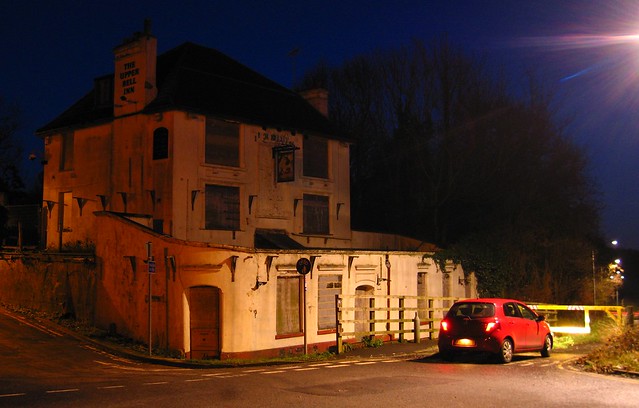