10 notable inventions and discoveries made in Kent

With a tradition of pioneering and inventiveness, Kent can lay claim to some of this country’s greatest inventions | Words: Stephen Roberts - Photos: Manu Palomeque

It was reputedly a gentleman by the name of Charles Culmer who gave Broadstairs its broad stairs sometime in the 1300s.

This tale begins with an 11th-century shrine to St Mary, or ‘Our Lady’, which lay inconveniently atop the cliff – or at least it was for the fishing community that developed at the foot of the cliff around three centuries later.

Culmer is said to have either built or reconstructed a flight of steps in the chalk cliff that brought such impediment to an end and enabled fishermen and their friends to follow a catch with a communion service.

So not only did Culmer solve the problem of bridging people and prayer, he was responsible for christening today’s town too: hello Broadstairs.

[No 1] The Grade II-listed St Mary’s Chapel (1601) is built on the site of the former Shrine of Our Lady, which was once a major local landmark and place of pilgrimage on the Kent coast. The ‘broad stairs’ would have led up to here from the sands

There’s a lot of murk where the early life of Thomas Caxton (c.1422-1491) is concerned. We don’t know anything for sure about his parentage or date of birth, but it’s a reasonable bet that he was born in Kent, most likely in its Weald or wood land.

He may not have been the world’s first printer, but he was England’s primary one, learning his trade on the continent, printing the first book in English (1474-75 in Bruges), then returning to England to set up his press in Westminster (1476).

One of the first tomes printed in England was Caxton’s edition of Chaucer’s Canterbury Tales, which was churned out in either 1476 or 1477. Many Kentish places are posited as the birthplace of Caxton, including Tonbridge, Tenterden and Hadlow.

Born in Ashford, John Wallis (1616-1703) was a clergyman and mathematician, credited, at least in part, with the development of infinitesimal calculus.

Having taken religious orders, Wallis changed tack by becoming a professor of Geometry at Oxford, where his achievements including laying the basis of modern calculus, the binomial theorem, and a symbol for infinity.

He was also Parliament’s chief cryptographer (coded messages and the deciphering thereof), an expert on teaching the deaf and dumb, a founder of the Royal Society and one of the greatest intellectuals in the early renaissance of Mathematics.

Wallis is not forgotten in Ashford: he has both an academy and a pub named after him.

[No 3] John Wallis’s ‘Opera Mathematica’ of 1657, which has his name at the top (credit: European Library of Information and Culture)

I like surnames. As a kid, I used to enjoy browsing the telephone directory, chortling at some of the nomenclature. I don’t recall ever coming across a Mr Six.

Scientist James Six (1731-93) was born in Canterbury and is famed for his invention, in 1780, of the ‘Six Thermometer’ or the Max-Min Thermometer, much beloved by horticulturists today; the ‘Joy of Six’ you might say.

That unusual surname is explained by the fact that Six was descended from a family of refugee silk weavers from the continent, who’d fled to England during the reign of Elizabeth I.

Six performed a number of ‘thermometrical measurements’ in Canterbury Cathedral (as you do) and was buried in Westgate church in the city.

[No 4] Canterbury's Guildhall and Westgate Towers was formerly the Holy Cross Church, which was made redundant in 1973 and converted to the Guildhall in 1978. The church was the burial place of Richard Six, the inventor of the max-min thermometer

Now this is an interesting one, as I know there were a few chaps working on a ‘lifeboat’ at around the same time, so ascertaining who was the very first is not easy. One of the contenders is certainly Essex-born Lionel Lukin (1742-1834), who ended up in Kent, dying in Hythe at the age of 91.

One rival for the prize is northerner William Wouldhave (1751-1821), who ‘conveniently’ died 13 years before Lukin, enabling his advocates to plonk ‘inventor of that invaluable blessing to mankind the lifeboat’ on his tombstone, while another was fellow-northerner Henry Greathead (1757-1818).

In July 1806, a letter was published in the Gentleman’s Magazine claiming the laurels for Lukin. He spent his last dozen years in Hythe and lies buried at the town’s St Leonard’s Church. 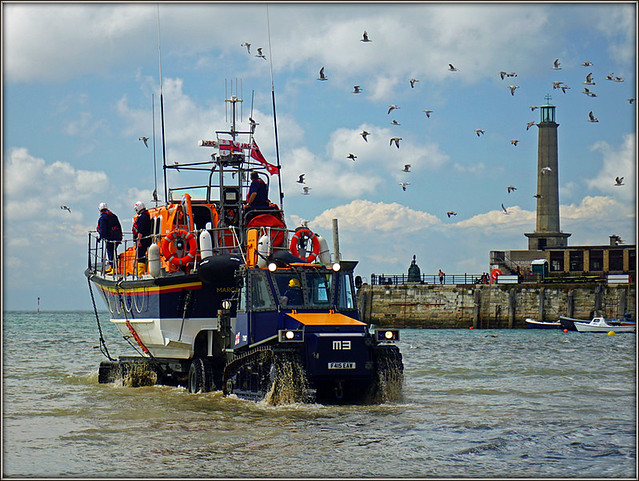 Sir William Congreve, 2nd Baronet (1772-1828) was born and raised in Kent and schooled in Singlewell. An MP, inventor and rocket artillery pioneer, and not to be confused with the other William Congreve (dramatist and poet), our Congreve was famed for his ‘Congreve Rocket’, first developed around 1804-08.

Having passed through Woolwich Academy, the scientist invented his rockets, first deployed during the Napoleonic Wars against the French.

The first friction matches were invented by northerner John Walker in 1827, but were known as ‘Congreves’ in an allusion to the rocket-man, who also invented ‘a mechanically arranged chair or sofa, which enabled him to move about his apartments without any assistance.’

I just had to throw this one in. Charles Darwin (1809-82) was a Shropshire lad, but Kent can lay claim to the inspiration behind his famed The Origin of Species by Means of Natural Selection (1859).

From 1842, he’d hunkered down at Down, near Biggin Hill, a country gent enjoying a conservatory, garden, pigeons and wildfowl, while pondering.

It was during this Kentish sojourn that his ideas crystallised, and the great work of his life took form. He commissioned a circular, tree-lined route that he used as his ‘thinking path’ (we have a ‘thinking seat’ in our garden).

As Darwin plodded this path, he refined the theories that became his magnum opus. The path remains at Down House, where Darwin died aged 73

Born in Prospect Cottage (Dickens Walk today), Crampton invented his eponymous ‘Crampton Loco’, built by various firms from 1846, and exhibited at the Great Exhibition in 1851.

He had his fingers in other pies, including the electric telegraph, being responsible for the first successful cross-Channel submarine cable (1851) and a Channel Tunnel for which he designed a boring machine.

Broadstairs has a museum devoted to the engineer’s work, which includes Crampton Tower (1859), part of the town’s first public water supply. 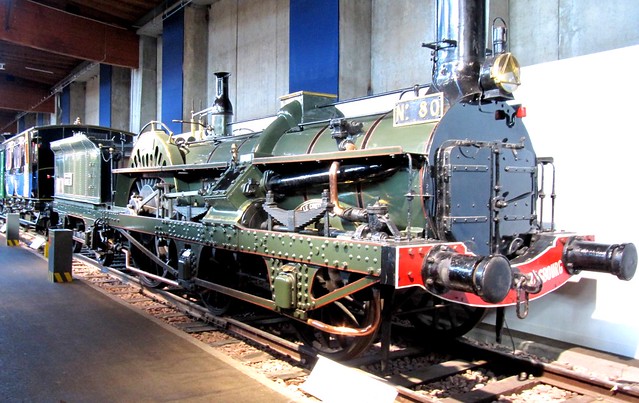 The aeronautical pioneer and meteorologist Patrick Alexander (1867-1943) was born at Hern Villa in Erith & Belvedere.

A keen balloonist, he’d also be fascinated with heavier-than-air flight, designed and built his own kit, and certainly contributed to its rapid development with his money, writing, oratory and journeying.

I’ve included him here as an exemplar of the person who strived to make something happen without posting that single, personal contribution that would go down in history.

Fame is not for all of us. Ironically, and perhaps aptly, his modest grave in Windsor is on the Heathrow flightpath and bears the inscription: ‘Something attempted, Something done.’ 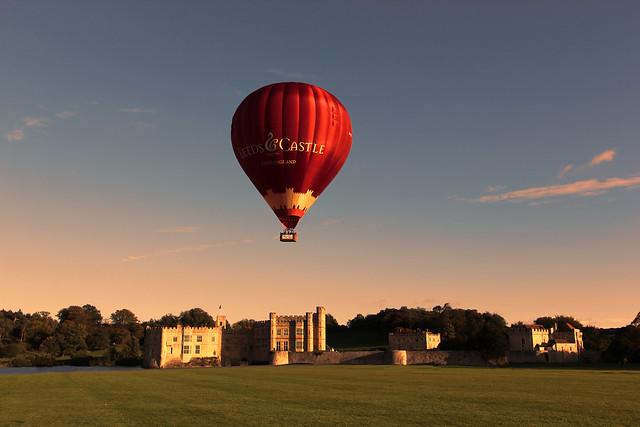 Chemist and inventor Sir Henry Tizard (1885-1959) is most famous as the man who conjured up the ‘octane rating’ that we car drivers rather take for granted these days.

He also helped develop radar during the Second World War and was a key figure in the first serious studies into UFOs.

Born in Gillingham, Tizard was the only son of a naval officer, whose ambition to follow in his father’s footsteps was thwarted by poor eyesight.

It was at the end of the First World War, while working at Oxford University, that he devised his petrol classifications. He had probably followed his own advice.

Tizard once said that ‘the secret of science … is to ask the right question’. He was knighted in 1937 because of his work on radar at Biggin Hill in the lead up to the Second World War.

[No 10] As chairman of the Aeronautical Research Committee (1933-43), Sir Henry Tizard came to Biggin Hill where the committee put forward an innovative radar system, which underwent tests here, a breakthrough that led to Tizard being knighted in 1937

From Chislehurst the choice of royalty to Sir Francis Drake and the Chatham Chest and Kent’s first tourist, Kent Life’s history sleuth delves back into Januarys past in Kent. Words by: Rachael Hale

A scream pierced the foggy night, then all was silent, save for the sound of scurrying footsteps. Murder had been committed. Dare you read on?