These snowdrop walks are sure to leave you feeling refreshed (photo: Peter Llewellyn, Getty Images)

The dreamy gardens at early 18th century Goodnestone Park include the fairytale Walled Garden; the Woodland Garden, which boasts swathes of flowers interspersed with trees; and terraced lawns that provide breathtaking views of the surrounding countryside.

Walk in the footsteps of Jane Austen, a frequent visitor to Goodnestone, through the snowdrops that spring up on the estate during February. Afterwards, enjoy tea and homemade cake.

Goodnestone Park Gardens will be open for Snowdrop Days on Sunday 23rd February from 12pm to 4pm. Adult £7, child £2. You can visit on certain days of the week throughout February too - check website for details. 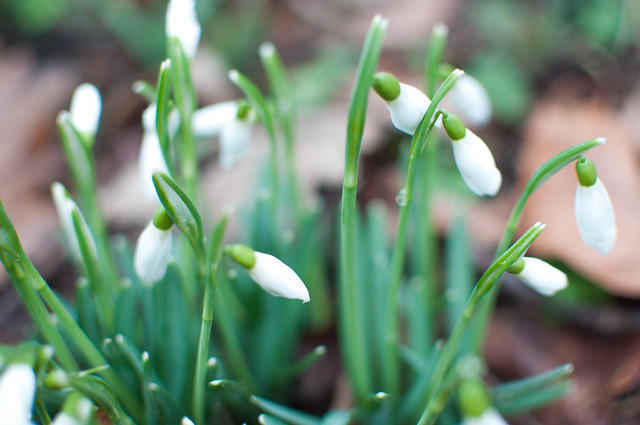 Doddington Place and Gardens is a striking red brick Victorian manor house and historical landscaped gardens surrounded by the countryside and woodland of the North Downs Area of Outstanding Natural Beauty. The estate is ten acres in total and gardens include the Woodland Garden, the Sunk Garden and the Edwardian Rock Garden.

The gardens will be open before their usual opening period for the National Garden Scheme's third Snowdrop Festival.

Doddington Place Gardens will be open on Sunday 23rd February from 11am to 4pm. Adult £8, child £2. Light refreshments available. 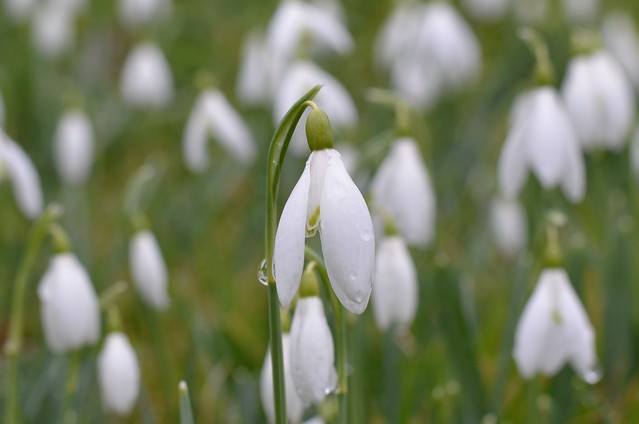 Mother and daughter duo Carolyn and Julie have created a stunning snow drop garden in the form of Spring Platt in Maidstone with views over the Weald of Kent. Having been inspired to collect snowdrops in 2003, the collection has grown to over 600 varieties, many of which can be seen in their swathes in February.

Opening for the National Gardens Scheme, this is a wonderful, tranquil garden to spend a contemplative couple of hours, soaking in the springtime flora.

Spring Platt will be open for the NGS on several days in February. Admission is £5 and includes light refreshments. 01622 843383 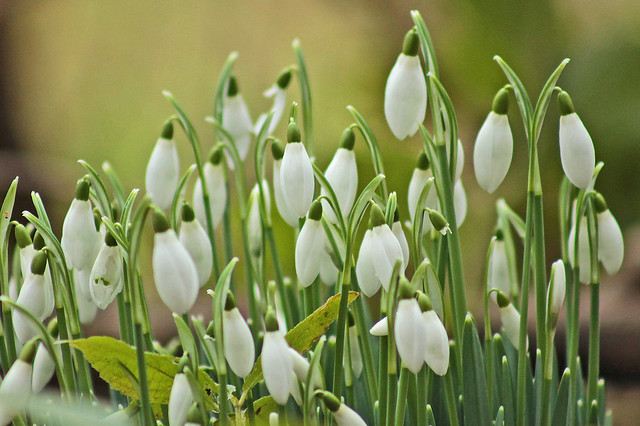 The historic Sissinghurst Castle estate is comprised of 460 acres of meadows and woodland and was originally used as a prison in the mid-18th century.

During February, the gardens are open at the weekend, and the estate will be open all week and will be scattered in little white flowers to discover as you take in the fresh early spring air. Once you have finished, pay a visit to the restaurant or tea shop which serve organic food sourced feet away from the onsite garden. 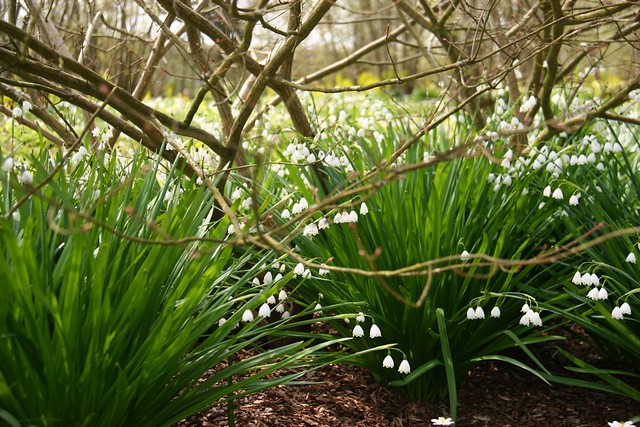 The estate and gardens at Ightham Mote are open throughout February for visitors eager to welcome the spring with a snowdrop walk. The moated house, with its asymmetrical exterior as a testament to its evolving history, was originally built in the 1300s and makes the perfect backdrop while enjoying a tranquil walk spotting the nodding white snowdrop heads as you go.

Relax in the café (open 10am to 4pm) after your explorations with a tea and cake or a steaming bowl of soup to warm up with.

During February admission for adults is £5.95 and for children £3. 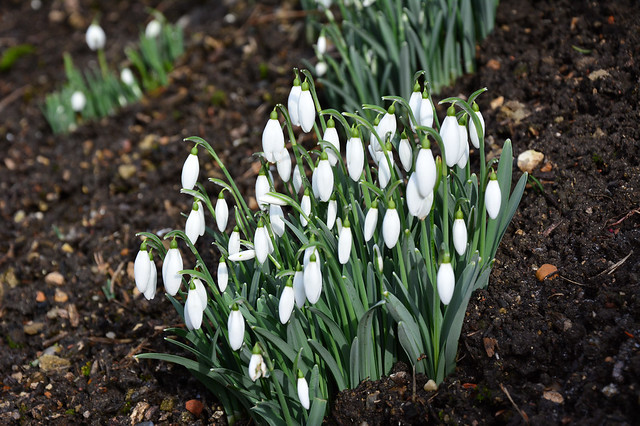 The private garden Copton Ash in Faversham was augmented from a cherry orchard and will be open for the National Gardens Scheme's Snowdrop Festival.

The garden will be dotted with snowdrops and lots of fascinating flora including specially curated beds of alpine plants, which the owner has a particular interest in, to capture the eye of those with a green thumb. 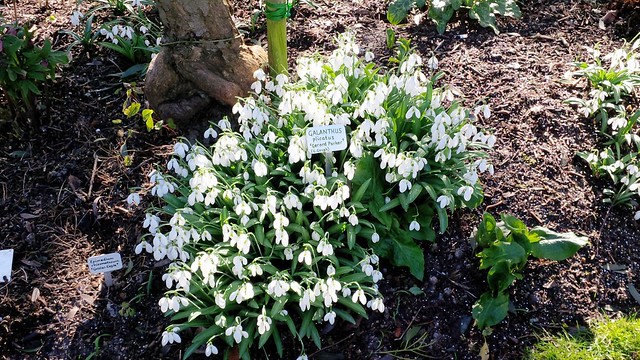 Mere House is a grand, late 18th-century, Grade II listed Georgian property with a six-acre garden and a total of 20 acres of parkland. Features in the garden include a woodland walk, manicured lawns and a lake.

The garden has been opened for the National Garden Scheme since 1971, and sees scores of visitors hoping to spot some pretty snowdrops.

The gardens at Mere House will be open Sundays 9th and 16th February from 2pm to 5pm for the National Garden Scheme's Snowdrop Festival. Admission is £5. There will be refreshments in aid of Mereworth Church

The private garden at Knowle Hill Farm in the village of Ulcombe is blooming year round with lavender and roses in the summer while cyclamen and hellebores will mingle with snowdrops as the garden gates open for the NGS in February.

The arresting Kentish countryside will provide breathtaking views over the Weald and North Downs as you enjoy the little white heads of snowdrops.

Knowle Hill Farm Garden will be open on 8th, 9th and 10th February from 11am to 3pm. Admission is £5 and there will be hot food available in February. Refreshments will be in aid of All Saints Church in Ulcombe 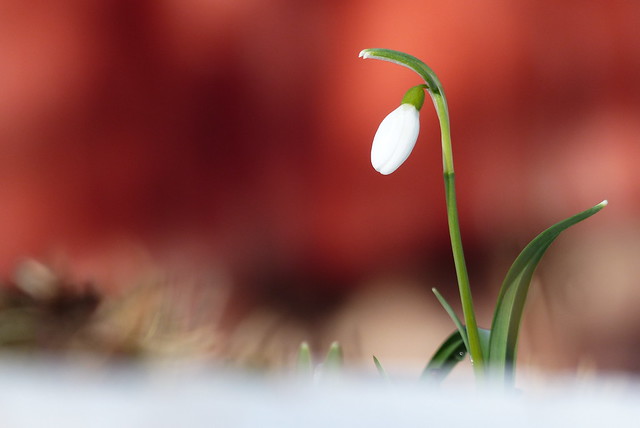 Started 30 years ago by Pam Tuppen, Yew Tree Cottage's pretty garden in the village of Penshurst will open for the National Garden Scheme's Snowdrop Festival this year. Pam describes her hillside garden as "a natural cottage style, quite billowy and all mixed up together".

With plenty of seating for a contemplative pause, explore the "secret corners" and interesting flora, including the elusive snowdrop, on display.

Yew Tree Cottage will be open Wednesdays 29th January and 12th and 26th February from 10am to 5pm for the NGS' Snowdrop Festival. Admission will be £3 and there will be light refreshments on offer 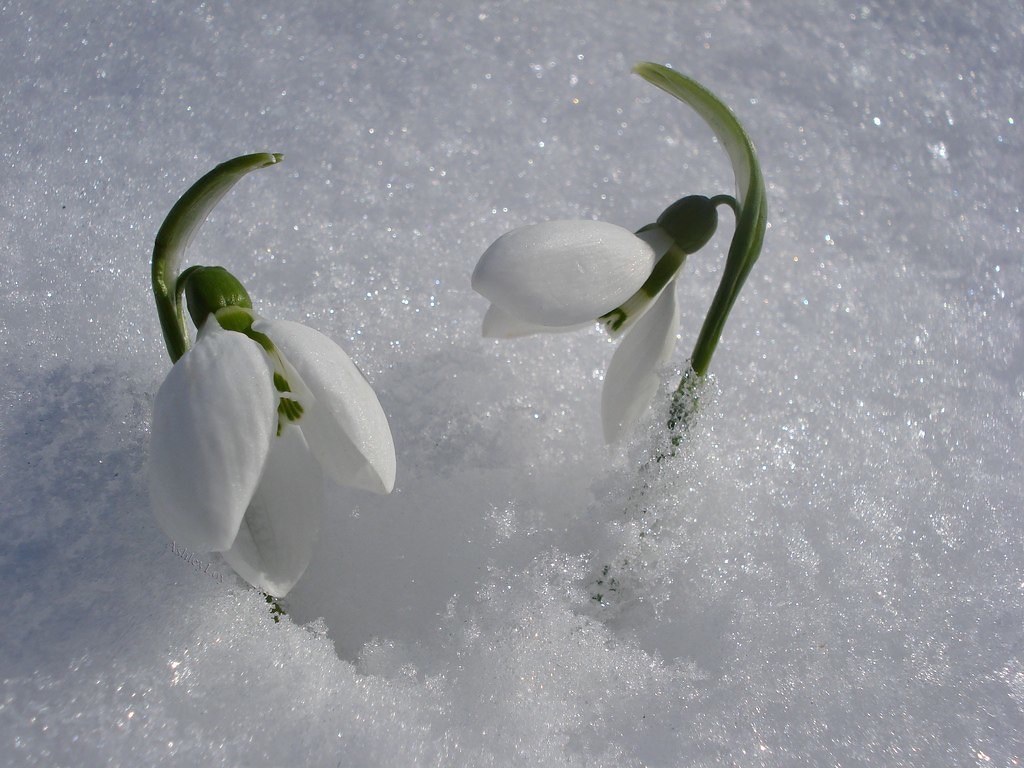 With over 100 varieties of snowdrops planted in this one-and-a-half-acre garden, The Old Rectory is a sea of white during the early weeks of spring.

The garden was started 30 years ago and includes natural woodland that will be peppered with snowdrops and you might even spot some fauna too!

The Old Rectory is open for the National Garden Scheme's Snowdrop Festival throughout February by appointment only (for parties of up to 20) and admission is £5. Call Karin & Christopher Proudfoot on 01474 707513 or email keproudfoot@gmail.com to discuss visiting requirements 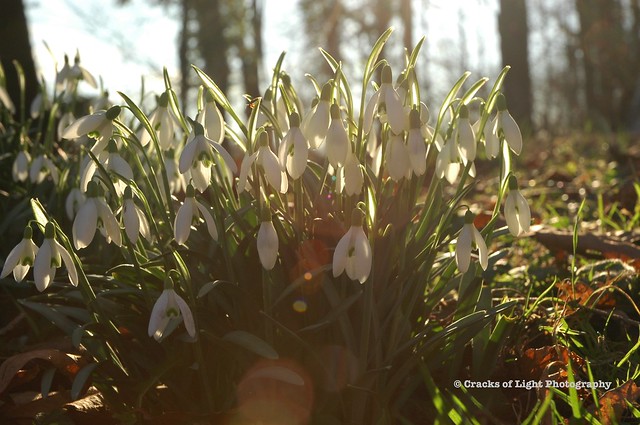 The season of romance is in the air and with fairytale castles, literary tales and iconic White Cliffs, where better to pop the question than in the Garden of England? Here are 10 of Kent's perfect places to propose

When funds are low and the family is going stir-crazy stuck indoors, here is some fun, free stuff to get you through

Regularly voted one of Kent's best places to live, and with easy access to London, let's celebrate Sevenoaks

Want to get fitter, feed your brain or start a new hobby? The National Trust can help kickstart your 2020 plans

The run-up to Christmas can be stressful, so escape for a while by spending time reconnecting with nature

Visit The Reindeer Centre and grotto in Bethersden

WIN a break with Aria Resorts in Cornwall or the Isle of Wight!

Save £20 on tickets to see five-star show The Comedy About A Bank Robbery!