Famous for its ancient buildings, golf clubs and birdlife. It can only be Sandwich | Words: Caroline Read

The stories are true. The world’s favourite lunch item was indeed invented by John Montagu, the 4th Earl of Sandwich, back in the 1700s.

But while it’s widely agreed he created the dish, it’s never been established quite how or when. Some say it was at the gambling table, so he could eat a handy meal quickly, but others argue it was more likely at his work desk.

Either way, at some point he ordered his servants to slice some bread and put cold meat between two pieces. The idea caught on. 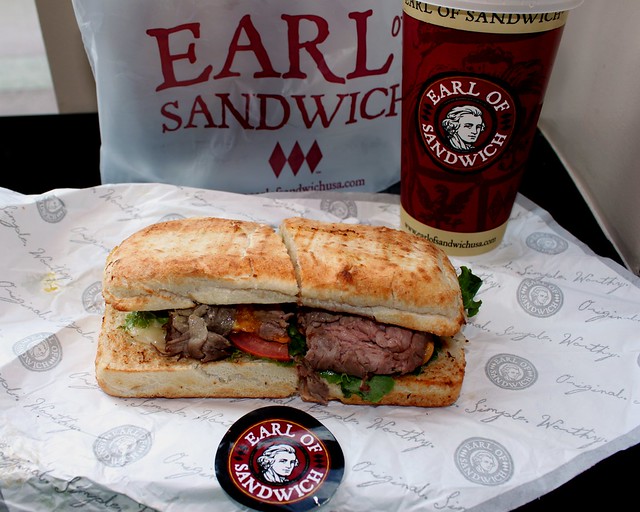 In medieval times Sandwich was considered so vulnerable to attack from the sea that a protective wall was built to encircle it. Guarded entrances into the town came in the form of five gates, of which only two now remain.

The Barbican probably dates from the mid-14th century and was used as a toll house, while the bottom part of the Fisher Gate was built in around 1384 and the top in 1578. Both are Grade I-listed and Fisher Gate is also scheduled as an Ancient Monument.

They’re far from the only ancient buildings in this little town, however, which has a higher concentration of half-timbered houses, shops and pubs than anywhere else in the UK. 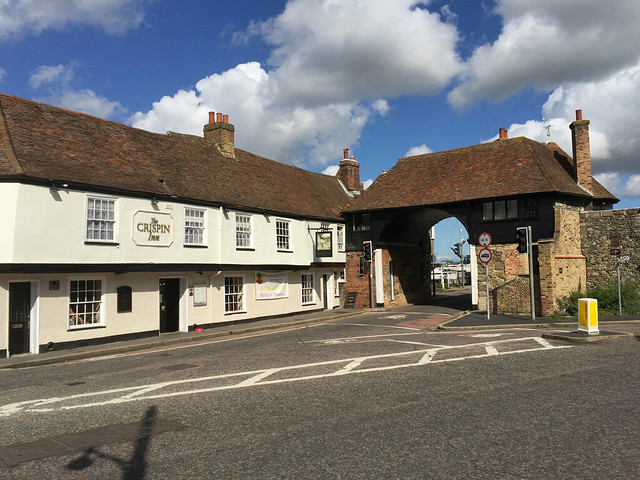 It has a long history of providing safe refuge. In 1561 Elizabeth I granted Protestant refugees the right to settle in England and Sandwich soon housed more Flemish and Dutch settlers than English nationals.

The so-called ‘Strangers’ brought with them skills in trade, gardening, cloth-making and building. It’s possible to still see their influence in Sandwich today, with a number of Dutch gable-ended buildings remaining, of which the Old Dutch house on King Street is a good example. The Sandwich Weavers is named after the Dutch families who used it as a home and workshop.

Later, Sandwich would welcome refugees during the Second World War when Kitchener Camp was set up on the outskirts of town to house German and Austrian Jews who had fled to this country. 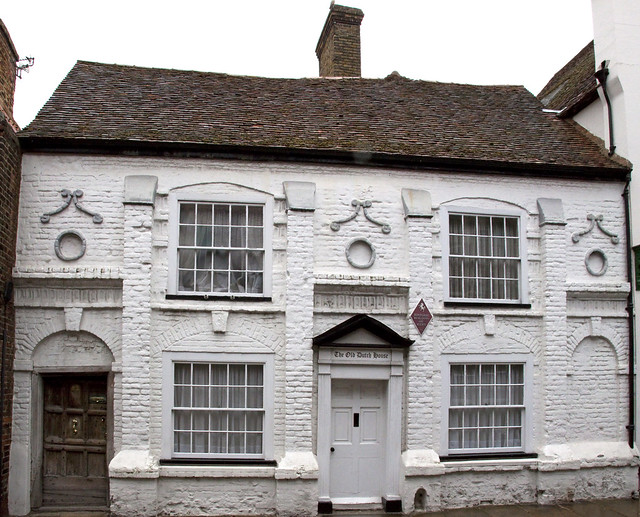 Due to its strategic position on the Kent coast, the town was often under threat of invasion. In 1217, the Battle of Sandwich saw the English fleet sail out of its harbour to head off a French armada.

Capturing the enemy’s flagship, the fleet put a decisive stop to the plan to invade England. In 1457 the town was attacked by around 4,000 French soldiers, mainly gathered from the Honfleur area.

After days of furious battle, the other members of the Cinque Ports arrived to help drive them away. These days Sandwich is twinned with Honfleur. 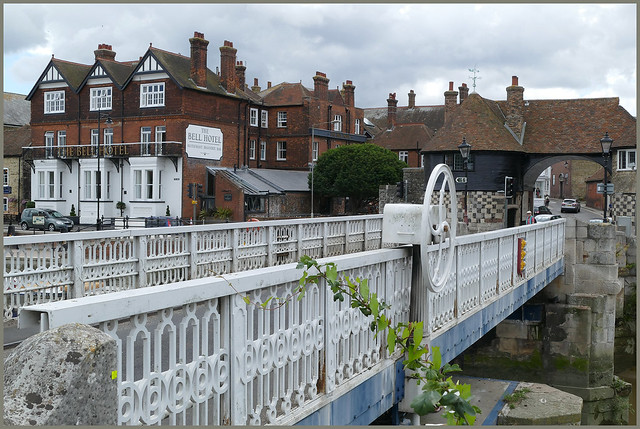 St George’s has held the Open 14 times and was due to do so again this year, but for obvious reasons it’s been postponed until 2021.

James Bond author Ian Fleming was a member and featured it in the novel Goldfinger, in the guise of Royal St Mark’s. 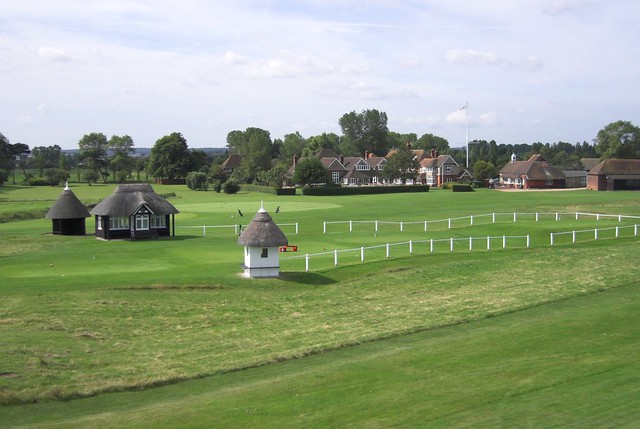 Another claim to fame is its birdlife, with the nationally important Sandwich Bay Bird Observatory set close by.

Made up of a number of wildlife reserves, including much-loved Restharrow Scrape, visitors can see everything from lapwings to linnets.

Having gained observatory status in 1962, it’s one of the UK’s foremost ringing stations too. 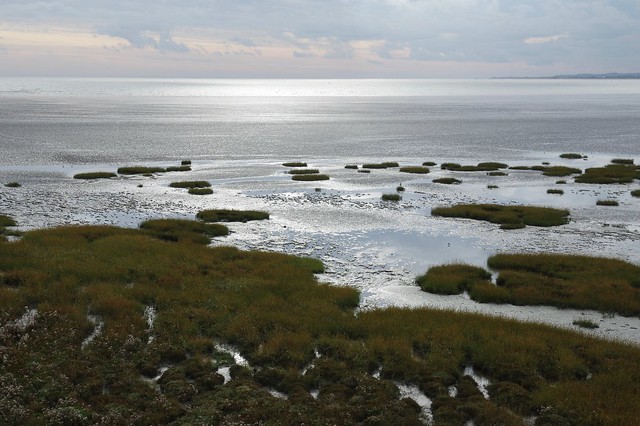 A plaque outside a cottage in New Street reveals it was the former home and shop of Thomas Paine. The young corsetmaker would later go on to become a political activist and writer.

Having emigrated to the American colonies in 1774, Paine became the editor of Pennsylvania Magazine and his revolutionary political theories also led him to compose a series of important essays and pamphlets.

One, called Common Sense, attacked the rule of George III and became the focus of the American Revolution. The phrase ‘the United States of America’ is also attributed to Paine.

It seems an odd thing to lose, but the town’s copy of Magna Carta was only discovered in council archives in Maidstone back in 2015.

The 1300 edition is thought to be worth around £10m and is one of only 24 known copies in the world.

Now on display at the Sandwich Guildhall Museum, it was discovered alongside the town’s Charter of the Forest – another rare and important document, written in 1215.

Close to Sandwich is a place called Richborough, known for the remains of its impressive Roman fort.

Set right on the coast until the sea retreated over time, it is where the first four Roman legions landed during their invasion of AD 43.

Nearby Pegwell Bay is also where St Augustine landed on his mission to bring Christianity to Britain in 449. 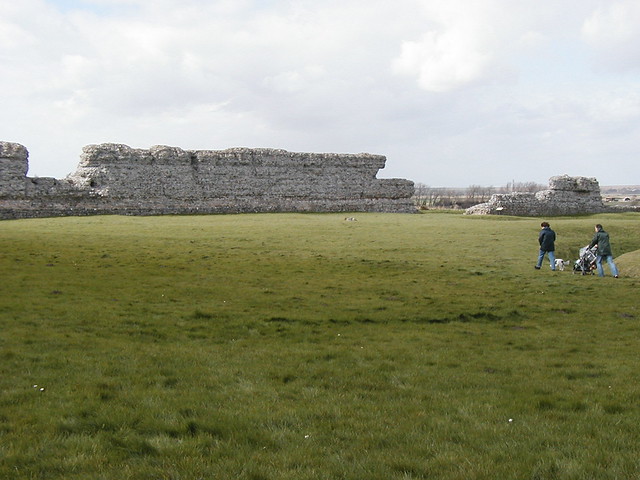 It’s home to one of the UK’s finest vintage cinemas. The Sandwich Empire Theatre, unchanged since the 1930s and still boasting its Art Deco neon lighting, is a joy to behold – even from the outside.

If you do get the chance to see a film here (it was currently closed at the time of writing) you’ll be treated to a real blast from the past.

Everything is authentic, right down to the vintage ticket machine. Check progress at: empiresandwich.co.uk.