In the second half of the 19th century the idea of giving Britain’s finest monuments special protection was gathering increasing support.

Drawing up legislation was not easy, however. Many ancient archaeological sites were in the hands of landed individuals, some sitting in parliament.

Fierce debates raged in which it was argued that to include such places in a schedule of ancient monuments amounted to state interference on private property.

Finally, the Ancient Monuments Act was passed in 1882. Anyone guilty of damaging a monument was to be fined £5 and the post of inspector of ancient monuments, a position which still exists today, was created to oversee and offer advice on monument protection.

The first inspector was General Augustus Pitt Rivers, a distinguished archaeologist and landowner. His appointment was doubtless partly approved on the basis that it would enable him to gain the confidence of estate owners. 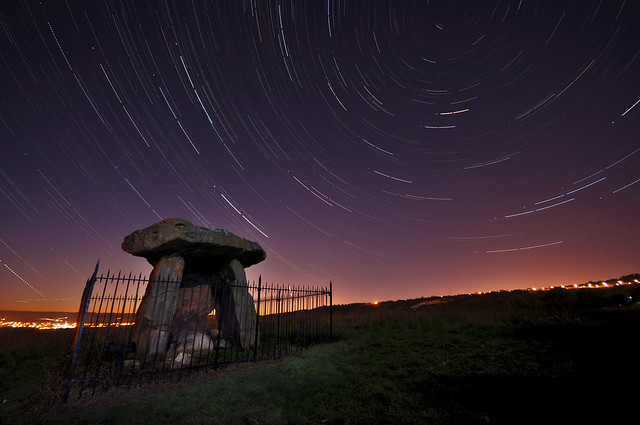 Yet, somewhat surprisingly, it was not any of the great prehistoric sites in Wiltshire such as Stonehenge or Silbury Hill that were the first sites taken into guardianship.

Instead, it was Kit’s Coty House on Blue Bell Hill, on the North Downs north west of Maidstone, that was to gain that honour in August 1883. It had been offered to Pitt Rivers by its owner the MP Henry Brassey, along with its nearby sister monument Little Kit’s Coty house.

The most celebrated of all the Neolithic stone-built long barrows in the area, Kit’s Coty House had been visited by the pioneering antiquarian John Aubrey in the 17th century.

Samuel Pepys also visited it and noted that, while it wasn’t so big as the stones on Salisbury Plain, “certainly it is a thing of great antiquity and I am mightily glad to see it.”

Despite the legend that it was built as a memorial to a British chieftain killed in a battle with the Danes, it is considered to be a chambered long barrow.

Pitt Rivers, believing the stones were being chipped away by visitors, ordered an iron fence to be placed around it.

In 1906, a Cambridge student fell from the capstone while posing for a photo and was impaled on the railings, which still stand today, english-heritage.org.uk/visit/places/kits-coty-house-and-little-kits-coty-house 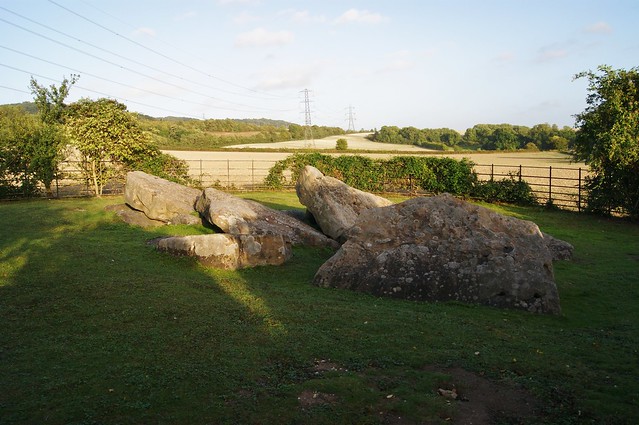 This was the first Roman site to be taken into the hands of the Ministry of the Office of Works, in 1911. Up until that point all monuments taken into care had been of prehistoric date.

It had a custodian living on site, and the Arts and Crafts building, later used as a museum, is the earliest surviving custodian’s house to remain among all sites in the care of English Heritage today.

With its atmospheric location on the East Kent marshes, the fort is of great symbolic importance. Now two miles inland, it once overlooked a sheltered bay point where the first invading Roman forces came ashore in AD 43.

It was one of last forts to be occupied at the end of the Empire in the fifth century, english-heritage/org.uk/places/visit/richborough-fort-and-amphitheatre 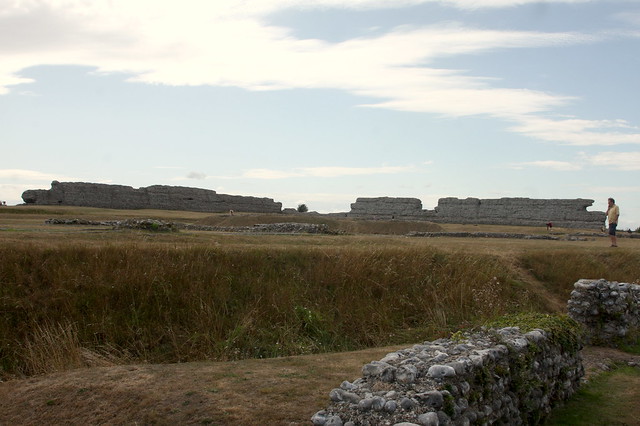 The great medieval castles of Kent, Dover and Rochester are nationally famous. St Leonard’s Tower, however, is something of a curiosity. It’s an example of one of the earliest Norman tower keeps built after William the Conqueror seized the English throne in 1066.

Situated on a sloping site, it survives its original height of 60ft as a well-preserved, roofless, thick-walled ruin.

There has been conjecture over who built it. Some have suggested it was William’s half-brother, Odo, the bishop of Bayeux, who was given control of Dover Castle.

A more likely candidate seems to be Gundulph, the bishop of Rochester, who also built the Tower of London’s White Tower, english.heritage.org.uk/places/visit/st-leonards-tower 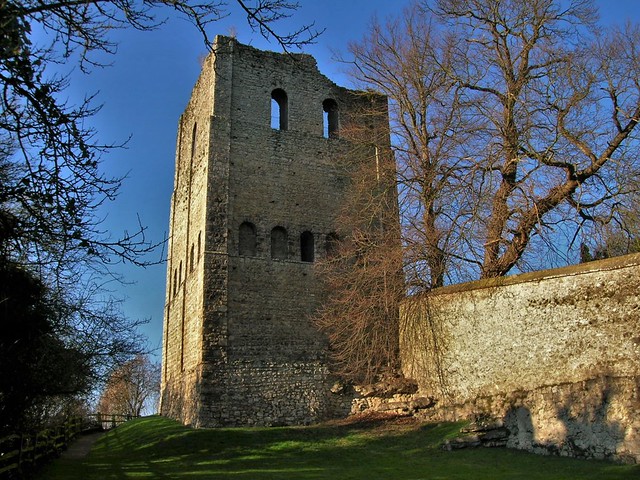 The beautifully arched Aylesford Bridge is so picturesque it was drawn by JMW Turner. The original bridge is thought to have been one of the first to have been built across the busy Medway.

The current one, constructed from Kentish ragstone, dates from the 14th century which still makes it very old for a bridge.

Until quite recently it was still the main crossing, and although a new bridge to its east now carries road traffic, it is used by pedestrians.

It is Grade I-listed, the highest listed designation that can be allocated to a historic building or structure, historicengland.org.uk/listing/the-list/list-entry/1005182 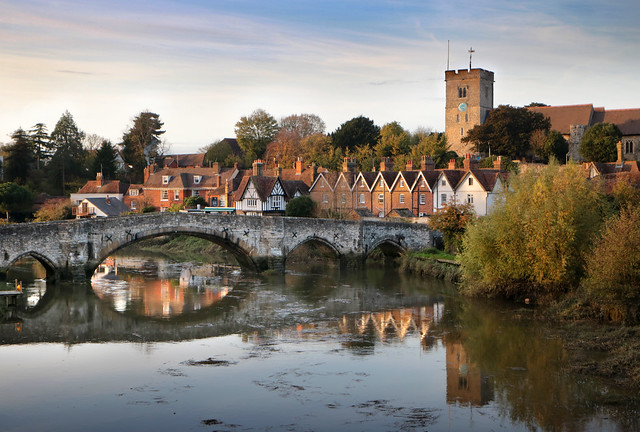 Only a mile away from the better-known Ightham Mote, Old Soar House is the remains of a knight’s fortified house, attached to a red brick Georgian farmhouse.

Dating from around 1290, at a time when Edward I was on the throne, it is one of the oldest houses in Kent. The stone-built manor belonged to the wealthy Culpepper family and what survives are the knight’s private living quarters, a small private chapel and a latrine above a vaulted cellar.

Despite the relative comfort of the rooms, the thick walls, containing arrow loops instead of windows, indicate the insecurity of a period when a manor still acted as a fortification.

The leafy setting near the village of Plaxtol with its weather boarded cottages is charming. The manor is managed by the National Trust on behalf of English Heritage, english-heritage.org.uk/visit/places/old-soar-manor 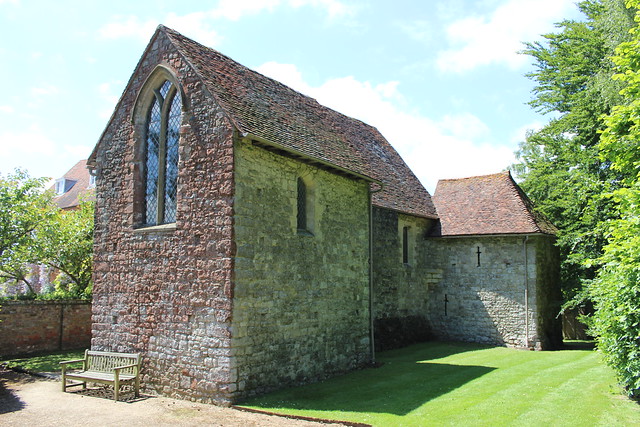 Most visitors to Dover head for the medieval fort, forgetting the more extensive fortifications on the Western Heights, built during the Napoleonic Wars and completed in the 1860s to protect the town from a Channel invasion.

One of the earliest parts, a bastioned fort on the site of what is known as the Drop Redoubt, was built in the early 1780s. The Redoubt, an impressive structure with ditches 29ft (9m) wide and 49 ft (15m) deep, along with a barracks housing 200 men, was built between 1804-15. It is linked to another vast structure, the Citadel, by a series of dry moats.

The fortifications extend over a huge area, only a proportion of which is in the hands of English Heritage, and are managed by the Western Heights Preservation Society.

As well as continuing to research the history of the fort – in its entirety the largest Napoleonic fort in Britain – the society runs tours of the site all year, doverwesternheights.org 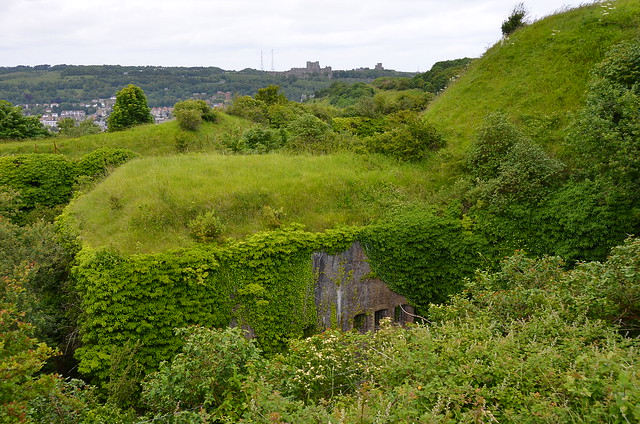 In 1925 a local guidebook described the Leas development above Folkestone seafront as one of “the finest maritime promenades in the world.”

A funicular railway to enable people to move between the beach and clifftop promenade had been built in 1885. Leas Lift is a proud survivor, one of only three water lifts left in Britain, having carried more than 50 million people since its opening.

It closed in 2017 due to safety concerns about its braking system. Last year the Grade II-listed structure was placed on Historic England’s Heritage at Risk register as the buildings, track and machinery had deteriorated even further.

However, a Trust has been formed with the aim of bringing the lift back into full use, pending a bid for National Heritage Lottery funding, leaslift.co.uk 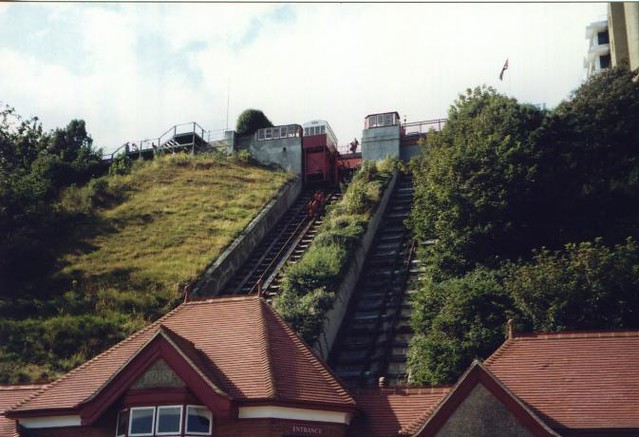 At the end of 2019 Historic England included the First World War practice trenches at Tolsford Hill, Saltwood, in its national list of 21 of the most fascinating sites it had either listed or upgraded during the course of the year.

The well-preserved trenches, containing lines of communications, fire trenches and mock craters, were used to train young recruits to the Canadian Expeditionary Force, RAF Cadets, 31st Middlesex regiment and the Russian Relief Force before they went off to fight in the trenches of the Western Front. 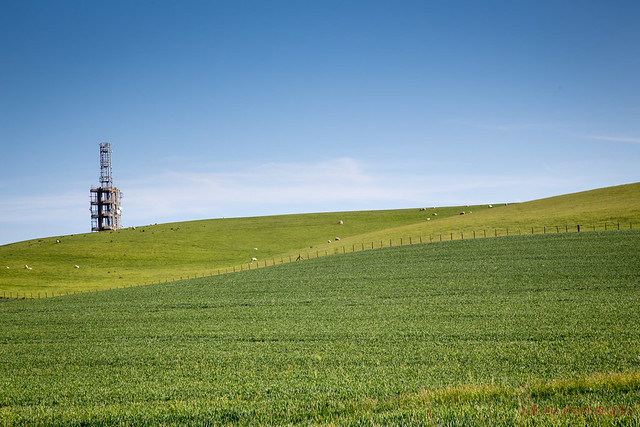