It is on-road riding initially and there are a couple more on-road sections to come, but they’re short and quiet.

Within minutes you’ll be near The Goods Shed next to the station, worth a diversion as it’s a great eatery and food market.

From here, it’s a steady climb up to the University of Kent, but do pause at the top and look back at the wonderful views of Canterbury Cathedral. 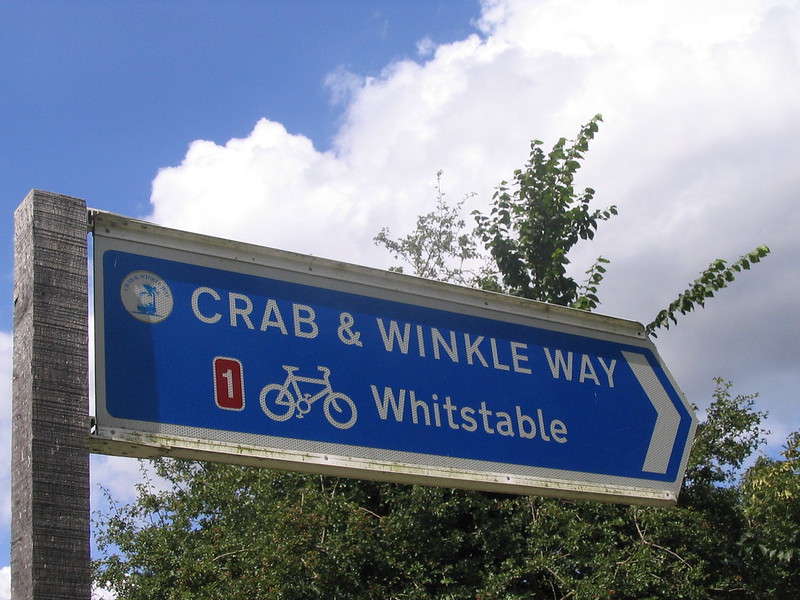 Pleasant farmland riding follows, and the bench beside the church of St Cosmus and St Damian in the Blean is perfect for a scenic rest.

Soon afterwards, you’ll enter the ancient woodland of The Blean, crossing Clowes Wood and reaching the old Winding Pond, the best place for a midway picnic.

The ride’s second half is an easy descent all the way, with glimpses down to the sea. At South Street, around a mile-and-a-half from the end, leave route 1 to follow route 15 signs, which guide you into the harbour. Lock up for a paddle on the beach, or try the food stalls at South Quay.

Go further: Start from Chartham village instead, following the three-mile riverside path beside the Great Stour into Canterbury. 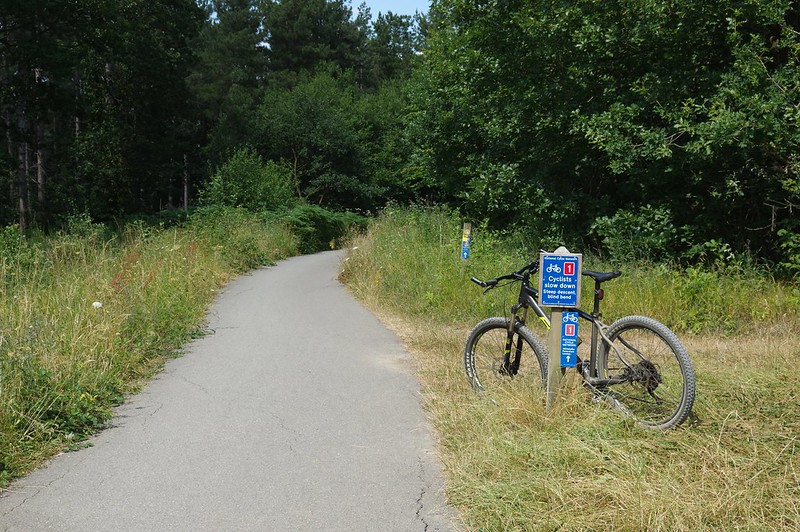 This eight-mile ride starts where The Crab and Winkle Way ends, leading to the unspoilt coastline at Reculver Country Park.

Start at Whitstable Harbour and head eastwards along the coastal path, following blue signs for route 15. In less than two miles you’ll be at the grassy space of Tankerton slopes, which make a great vantage point if you have the energy to climb up. JoJo’s is at Tankerton too and is renowned for seafood.

From here, you’ll head towards Hampton, before a short on-road climb up Western Esplanade to Herne Bay. This is around the ride’s halfway point and is full of traditional seaside fun, so it’s a great spot for a family-friendly break. 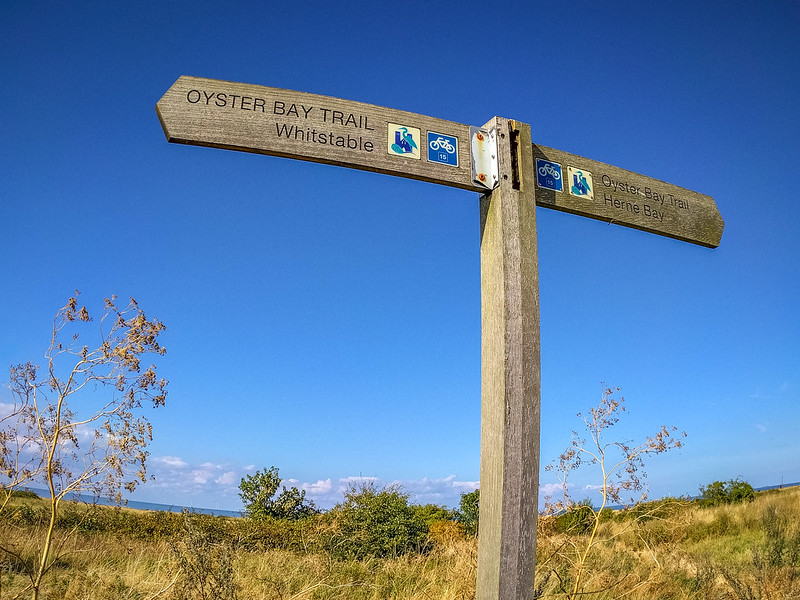 This is a fabulous area, and the final mile of rolling across the grassy clifftop as the remains of St Mary’s Church loom up ahead is a truly uplifting experience.

End at the park’s visitor centre for a reviving cup of tea and slice of cake.

Go further: Traffic-free options are limited from here, the best extension is to carry on along the Viking Coastal Trail to Margate. 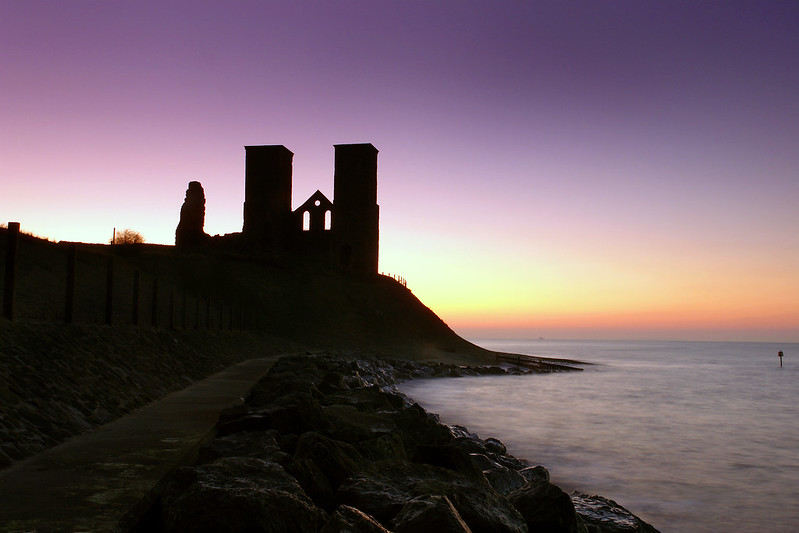 This easy nine-mile trail is so called because it follows the sweeping Thanet coastline where Vikings first landed in Britain.

Start at Reculver Country Park Visitor Centre and ride eastwards along the coast, following the signs for route 15.

The opening miles are wonderfully wild and remote as you glide along the top of the Northern Sea Wall, and it’s worth looking across the foreshore to see wading birds like oystercatchers. 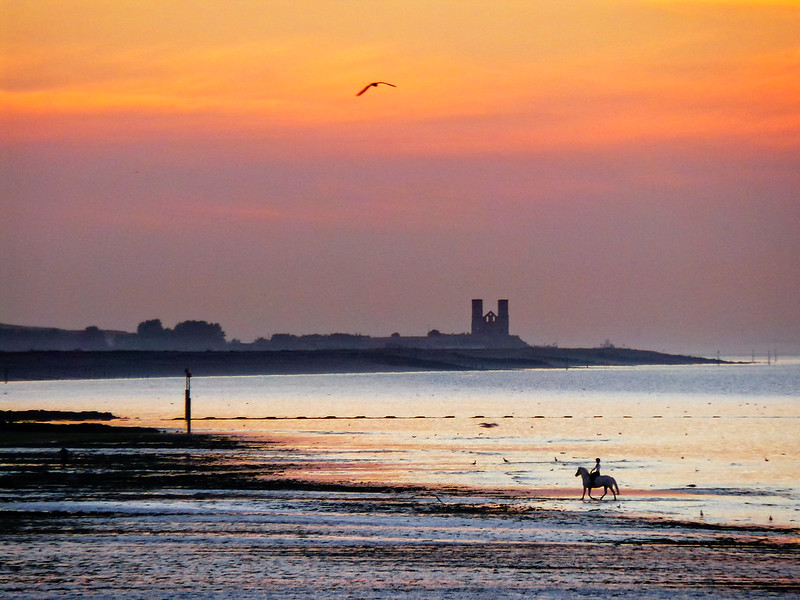 The path follows the curves of the white chalk cliffs through Birchington-on-Sea and Epple Bay, then you’ll meet the only climb of the ride, a short ascent to a really great viewpoint and picnic spot set on the grassy clifftop.

As you drop down to rejoin the promenade and ride around the sandy Westgate and St Mildred’s bays, you’ll spot Margate in the distance. Now it’s an easy, breezy ride all the way to the heart of this popular seaside resort.

Sands Hotel on Marine Drive is one of the most elegant spots in town, and a great place to end and enjoy an ice cream.

Go further: The Viking Coastal Trail is a 32-mile loop in its entirety, starting and ending at Reculver Country Park.

To complete the loop, simply continue following route 15 signs from Margate along the coastline to Ramsgate and Cliffsend, before heading inland through Minster, Monkton and St Nicholas-at-Wade. This is a more challenging ride and includes more on-road cycling. 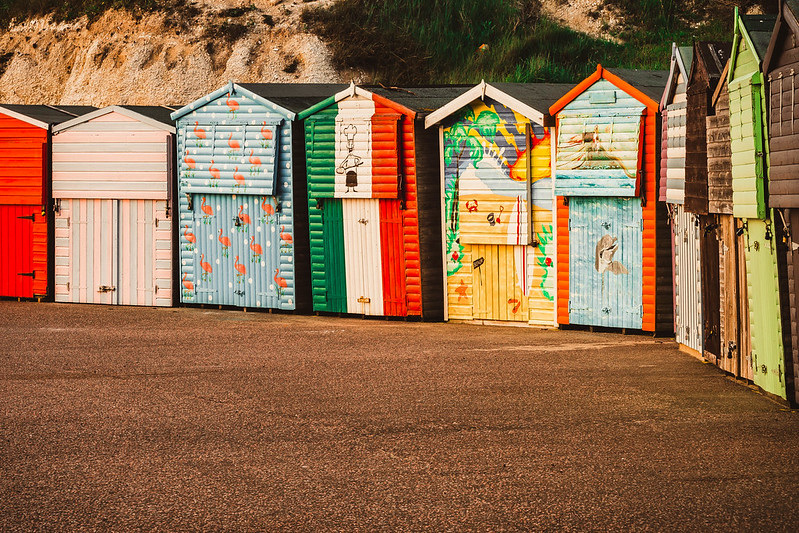 Quiz QUIZ: Can you name the Kent location from its Old English description?

You’ve got 10 minutes to identify where in Kent the likes of Raven gap, Hollow-dweller’s stream and Yew crossing place refer to - let us know how you do!

Gardens across the county and beyond are offering virtual garden visits. So take a step into some of Kent’s most enchanting gardens from cottages to country estates with these virtual tours

QUIZ: is this Essex or Kent?

Can you distinguish your Colchesters from your Canterburys and your Margates from your Merseas? Take our quiz to test your knowledge of Essex and Kent!

Flint, ragstone and timber – these are the materials that built Kent and gave it its distinctive face. Here we explore some fine local examples