Kent Life suggests some of the best spots in the Garden of England for a walk on a crisp, misty autumn day

Stroll through the picturesque fields and along the quiet lanes around the village of Sutton Valence, and you will pass orchards and oast houses. For an 8.3km circular walk that encompasses the Greensand Way and the nearby villages of East Sutton and Ulcombe, and passes the ruins of Sutton Valence Castle.

Refuel: King's Head is a traditional, family-run pub in the village with plenty of beers and a carvery on a Sunday - perfect after a long countryside walk. 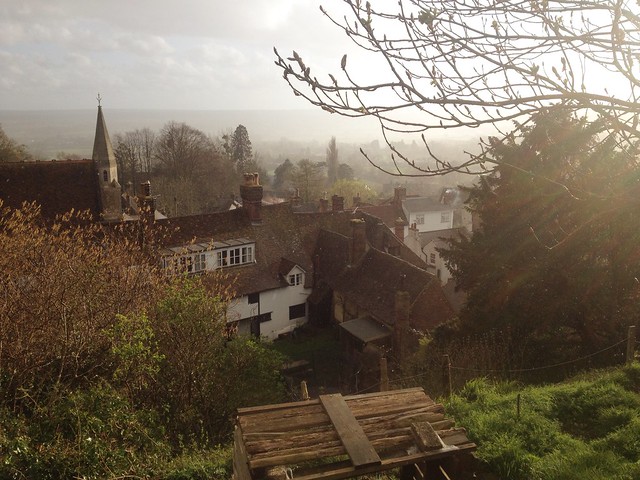 Do a circular stroll around the 1,000 acres of this medieval deer park, once used as a hunting ground by Henry VIII.

In October, its ancient oak and chestnut trees glow bronze in the low light and the 500-strong herd of fallow and sika deer can be seen rutting. See the Knole website for different walk routes, which start at the National Trust Car Park by the main gate.

There are several other gates into the park and if you decide to do a simple circuit around the edge of the park, be prepared to walk 10k. After your walk, you could explore the house, which is open until November.

Note: Dogs should be kept on leads at all times and visitors are asked not to touch or feed the wild deer.

Refuel: There is a café at Knole called the Brewhouse Café, serving lunches; otherwise head to the White Hart pub, on the south-west edge of the park, for tasty, traditional pub food. 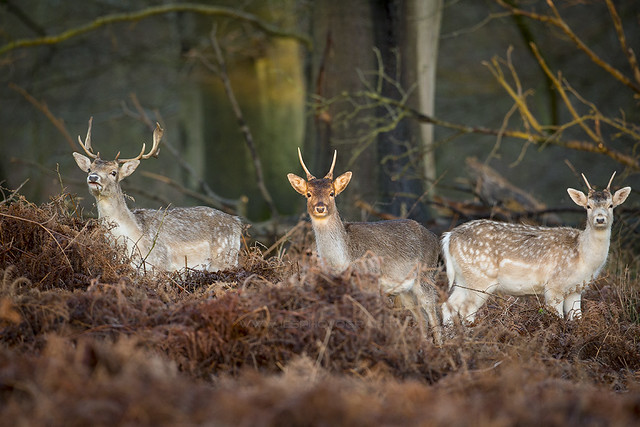 Walk around the ancient parkland of Penshurst Place, following one of the walking trails: either the Parkland trail or the Riverside Walk. Both lead you through the most scenic parts of the estate in its bronze-tinted autumn splendour.

You can also of course walk around the 50-acre gardens and grounds that surround the house and are divided into 'rooms' by yew hedging.

The 14th-century manor house and gardens are open until November and the parkland is open all year to cyclists and walkers.

Refuel: Eat at Penshurst Place in the Porcupine Pantry, which serves light refreshments, or the Garden Restaurant, which offers hot and cold lunches. Alternatively head to The Spotted Dog in Penshurst, which serves tasty, traditional English food. 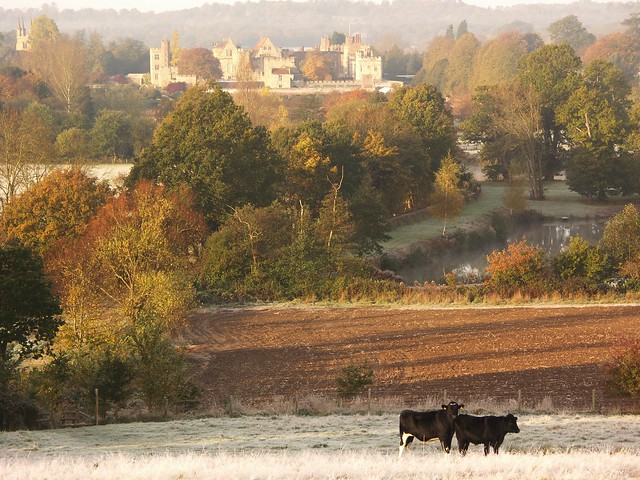 The beautiful arboretum at Bedgebury is known to hold the most complete collection of conifers anywhere in the world - which are full of colour throughout the year but the orange and red hues during autumn make a walk around the lake really special. Click here for full walk details and map.

Refuel: The Cellar Head Brewing Company tap room is open Thursday, Friday and Saturday, so visit after your Bedgebury ramble to quench your thirst with a few locally-brewed beers. 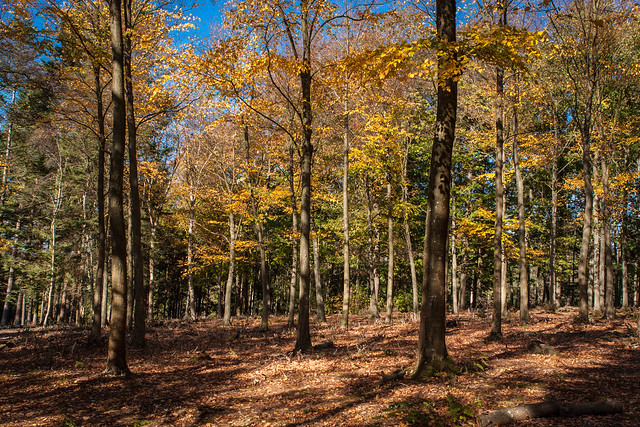 Visit the former home of former Prime Minister Winston Churchill, Chartwell, for a wonderful autumn walk. Visit the house and gardens first before heading off on your ramble through the foliage that will be turning every autumn shade at this time of year. Click here for a step-by-step guide for the walk.

Refuel: The Landemare Café is named after the Chartwell cook, Georgina Landemare, who worked at the family home for 20 years. Enjoy a cream tea with fluffy scones, jam and cream and a cup of tea. 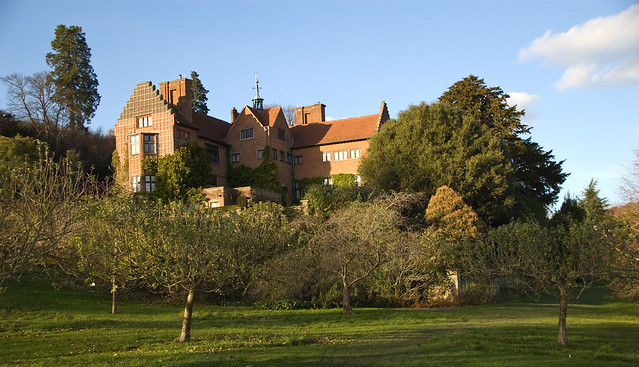 This 14th century moated fairytale castle is set in lovely gardens and surrounded by romantic woodland. The National Trust website has walking routes to enjoy including the two-mile parkland trail and a gentle stroll around Nap Wood, which will be bursting with hues of orange at this time of year.

Refuel: In the nearby village of Lamberhurst is The Vineyard, a very welcoming pub to envelop the whole family after a long autumnal walk. Take a spot next to the log fire for drinks or some home made food. 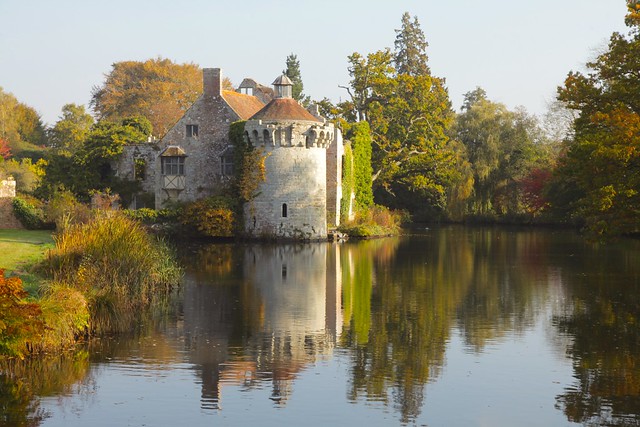 This ancient woodland shines in October, when its 1,257 hectares blush with autumn tints. There are five trails to walk, including an eight¬miler past old oak trees, the one¬mile Wildart Trail that is suitable for wheelchairs and passes historical features and artworks, and the 25¬mile Big Blean Walk. Find routes at theblean.co.uk.

Managed by the RSPB, this National Nature Reserve is an important habitat for birds, including nightingales, woodpeckers and nuthatches. In autumn, look out for the very distinctive (and poisonous) fly agaric toadstool, which has a white-spotted red cap.

Refuel: At the Royal Oak which serves sandwiches, salads and hearty meals. 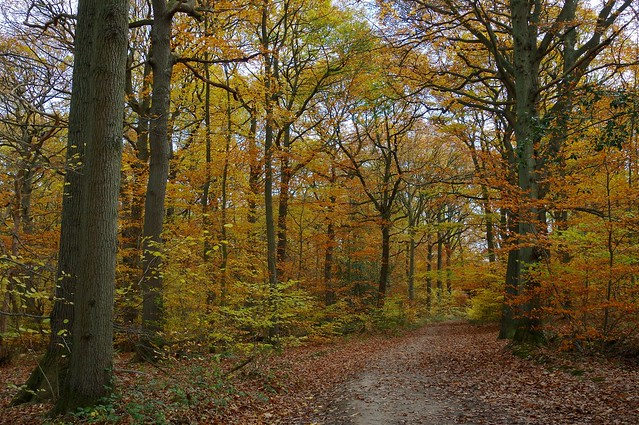 This 97-hectare National Nature Reserve is part of Orlestone Forest, a fragmented ancient woodland that is the remnant of the forest that once covered the Weald.

It is designated as a Site of Special Scientific Interest because its broadleaved woods provide an important habitat for rare and protected wildlife, such as nightingales, dormice, great-crested newts and white admiral butterflies.

There are three way-marked trails that begin at the woods entrance, and both the Greensand Way and Saxon Shore Way pass through the reserve.

Refuel: At The Duke's Head in Hamstreet village, for trad pub grub. 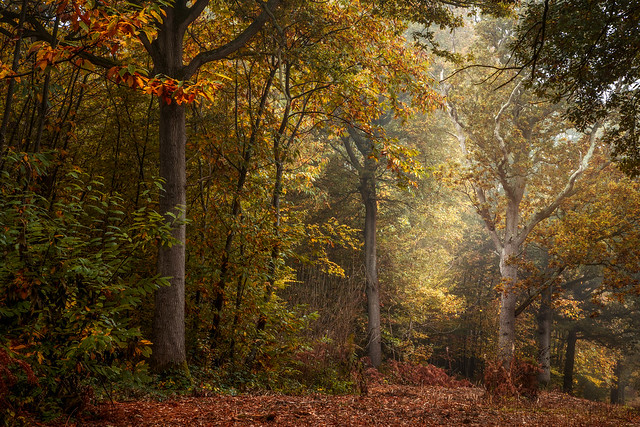 The 282 hectares of this broadleaved ancient woodland and heathland are set in the Kent Downs Area of Outstanding Natural Beauty. It is loved for its wonderful views, carpets of wildflowers (especially bluebells in spring) and autumn colours. It's also a vital habitat for wildlife, including 21 species of butterfly, such as the rare purple hairstreak, and protected birds, including skylarks, turtle doves and song thrushes. Look out for historical features, such as the ancient drove road, and towering veteran beech and lime trees. There are two way-marked trails of one mile and three miles: the shorter begins from the Hook and Hatchet pub and the longer trail starts at the Woodland Trust car park. 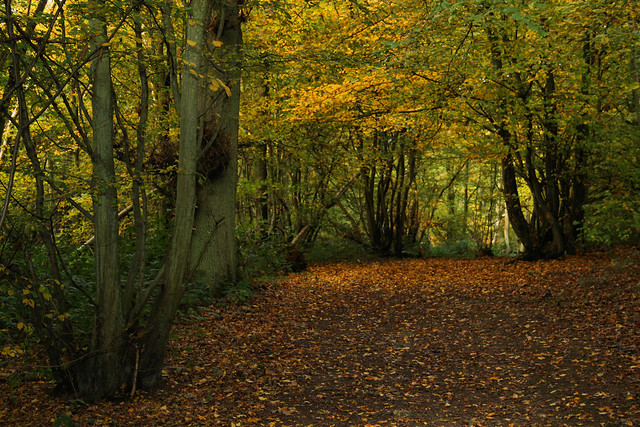 Soak up views across the Weald, gaze in awe at the flaming Japanese acers and sniff the Katsura tree (which smells of burnt toffee in autumn) in this National Trust hillside garden before heading into the woods for a walk.

Enjoy the rusty tints and toadstools of Scords Wood and Toys Hill on one of the mapped walks available on the National Trust website and from the garden.

Refuel: The Old Stables Tearoom at Emmetts Garden offers soups, sandwiches and cream teas. For a pub lunch, head to The Woodman. 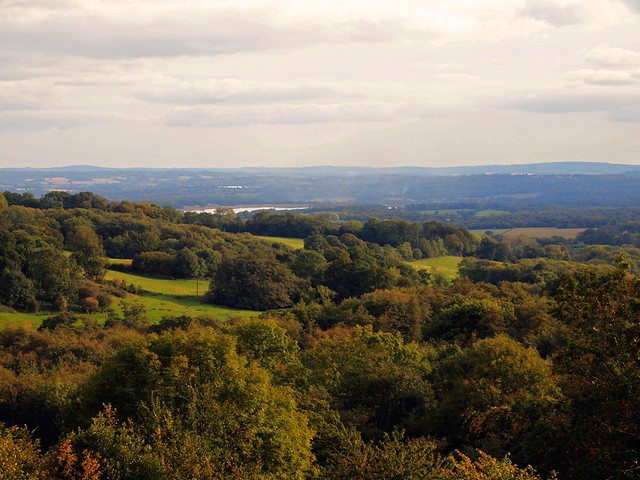 Enjoy panoramic views of Sandwich and the Wye Downs from this lofty, ancient mixed woodland, which was once used to send semaphore messages between London and the coast.

Part of the Kent Downs Area of Outstanding Natural Beauty, it comprises woods and open heathland and provides an important habitat for wildlife, such as dormice. Find the viewing tower known as The Pulpit, so called because it's thought sermons were preached here, and the Bandstand, where the Salvation Army bands used to play.

Refuel: The Rose & Crown is situated within Perry Wood. 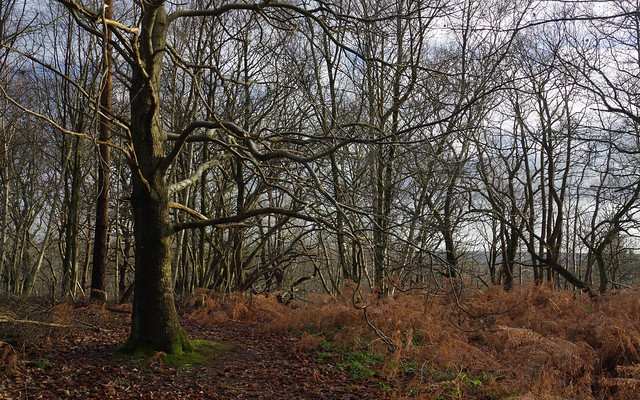 Old trees with six-metre girths tower amid this beautiful spot, a 30-hectare mix of ancient woodland and former wood pasture. The abundance of dead and decaying wood from the 1987 storm means there are more than 300 species of fungi to be found here, many of which are easy to spot in autumn.

Look out for historical features, including a Bronze Age barrow and Second World War bunkers. The web of paths that weave through the woods includes two way-marked trails (of around 25 minutes and 50 minutes) and links to the 10km circular Darnley Trail.

Refuel: There are several pubs in nearby Cobham, including The Darnley Arms. 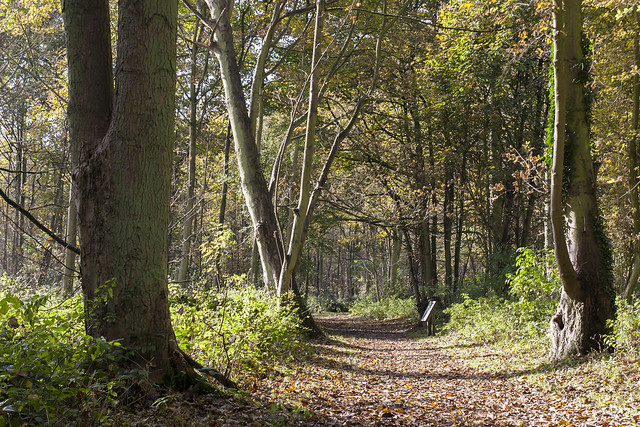